Shilpa Shetty And Children To Live Away From Raj Kundra, New Report Suggests 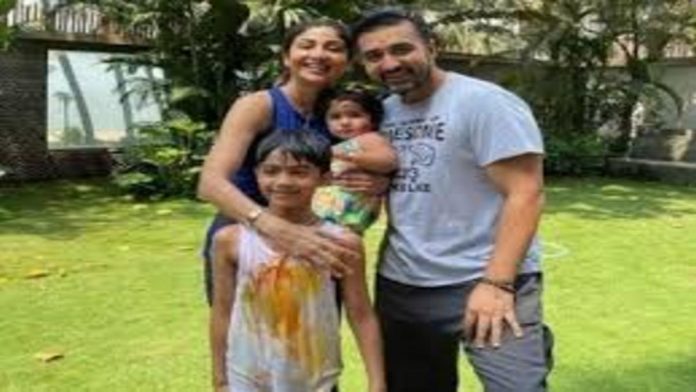 Raj Kundra, Shilpa Shetty’s husband, was arrested on July 19, 2021, on charges of making and distributing pornographic content via application programs. Since his arrest, he has been held in judicial custody. Shilpa Shetty had stayed out of the spotlight for a while and declined to comment on the ongoing controversy, citing her need for privacy. She recently returned to the Super Dancer Chapter 4 judge’s panel. According to reports, the actress stipulated that she would not respond to any controversial queries. A new report has recently surfaced. Shilpa Shetty and children are reportedly going to live away from Raj Kundra, according to sources.

Raj’s problems, according to a friend of Shilpa’s, appear to be growing. The Hungama 2 actress is still reeling from the shocking news, according to a friend. “She had no clue that the diamonds and duplex were coming from nefarious sources,” a pal told agency. The friend also added in the paper that Shilpa does not want to take a penny from Raj’s riches. Shilpa Shetty, according to her friend, works and is self-sufficient enough to care for her children. After Hungama 2 and Nikamma, the actress has told industry insiders that she is open to more projects. According to rumours, Anurag Basu and Priyadarshan have already expressed interest in offering her roles.

Shilpa’s Instagram posts, on the other hand, have recently gotten a lot of attention. The actress has been posting about making mistakes and being alright with it, as well as promising herself to live every moment to the fullest. In one of her posts, the actress discussed women’s empowerment. Shilpa Shetty has been less active on social media recently than in the past.