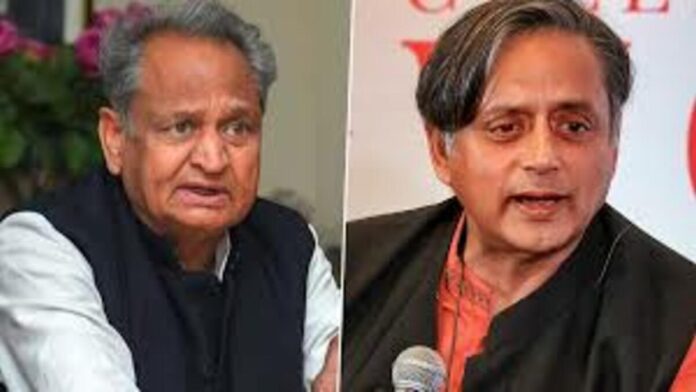 “It’s your call. Elections will be held according to the electoral process,” said Sonia Gandhi.

“Anybody who wants to contest is free and welcome to do so. This has been the consistent position of the Congress president and Rahul Gandhi. This is an open, democratic and transparent process. Nobody needs anybody’s nod to contest,” said another party MP Jairam Ramesh.

Mr Tharoor with other party members including Vijendra Singh, Deepender Hooda and Jai Prakash Agarwal met the Congress Chief Sonia Gandhi at her residence to discuss about the upcoming president election.

The decision by Mr Tharoor has surprised everyone, calling for a contest with many other candidates.

However, Shashi Tharoor is not part of G-23 leaders, but he still talks about bringing out the reforms in the party. In March, Mr Tharoor had even met with the G-23 leaders.

Mr Tharoor in an article in Malayalam newspaper ‘Mathribhumi’ said that electing new president may work as a rejuvenation for Congress.

According to the sources, Rajasthan Chief Minister Adhok Gehlot is also likely to file his nomination for the upcoming party presidential election.

Amid the worsening internal relations in Congress, the party declared to conduct president election to chose new party presudey on October 17, for which the result will be declared on October 19.

During a press conference, party general secretary KC Venugopal announcing election schedule said, “Anybody can contest the election. It is an open election”.

Taking accountability for 2019 loss in parliamentary elections, Rahul Gandhi had resigned from the party president position in the same year.