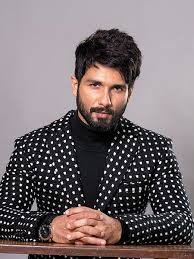 Shahid Kapoor is all set to make his digital debut in an Amazon Originals series directed by The Family Man makers Raj and DK. The thriller-comedy will be Raj Nidimoru and Krishna DK’s next collaboration with Amazon Prime. The show is co-written by Sita R Menon, Suman Kumar, and Hussain Dalal.

Talking about the show, the makers said that Shahid is the perfect match for the script. “He was always our first choice for this series. We hit it off immediately, and have been on the same page from the first time we spoke. Shahid is an exciting actor to watch and work with! The intensity he brings to his roles is amazing,” they added.

While the rest of the cast remains to be announced, Shahid confirmed that he is excited to share his digital debut series with the audience and said, “I have been keen to collaborate with Raj and DK for a while. My favourite Indian show on Amazon Prime Video is The Family Man. I couldn’t think of anyone better for my digital debut than them.” The Family Man is currently streaming across 240 countries and territories and it’ll be exciting to see if they can translate that success to the new series.