Shah And Mamata Together ! Will Sparks Fly At India Today Conclave-East 2021 ? 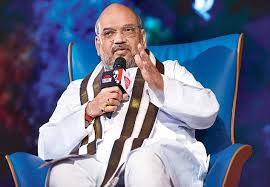 India Today is all set to organize its Conclave back after the pandemic, despite the pandemic being the conclave is going to be held with top leaders like Union Home Minister Amit Shah, Assam MLA Himanta Biswa Sarma, Chief Minister of Bengal Mamata Banerjee and many others.

The Conclave is coming amid the the chaos in the country and crucial time for the state s of West Bengal and Assam as the states are going to have their assembly polls in next few months. The political, economical and social will be center of focus in the Conclave-2021. The event brings a galaxy of speakers to help you in changing your socio-political environment and development by their powerful discourse.

The Conclave 2021 will come with top speakers from the fields of research, politicians, economics, analysis, art and philosophy. The panels will comprise of two politicians and policymakers who will engage in conversations with all the comers on all the prevailing issues in the country and also issues arising globally.

In 2017, India Today Group acknowledged the astonishing vitality of the East by starting the India Today Conclave-East in Kolkata, to underline the economic resurgence, artistic heritage and cultural engagement of the region. The 12-state region is uniquely placed to becoming a $3trillion economy by 2035. From politics to business and cinema, the Conclave covers all aspects of the Eastern revival, making it a must-attend event in the power calendar of the region.