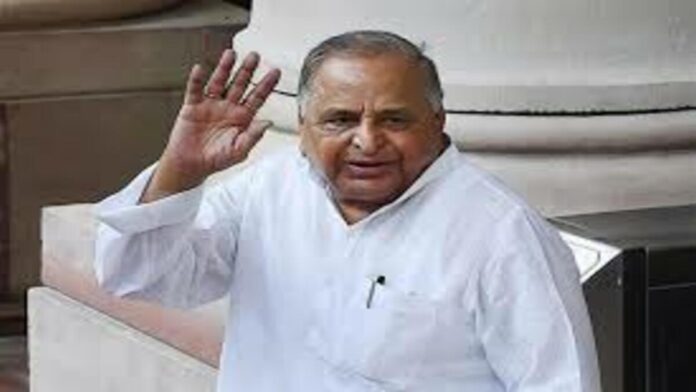 Mulayam Singh Yadav, a former chief minister of Uttar Pradesh and founding member of the Samajwadi Party, was taken to the intensive care unit at Medanta Hospital in Gurugram on Sunday after his condition worsened, the party said.

According to Rajendra Chaudhary, spokesman for the SP state unit, family members are traveling to Gurugram to inquire about his condition.

Akhilesh Yadav, the president of the Samajwadi Party and Mulayam’s son, went to the hospital after hearing the news, according to party insiders, even though his brother Shivpal Singh Yadav was already there.

According to the sources, party members were warned not to head straight for the Gurugram hospital.

The 82-year-old leader is receiving treatment under the direction of doctors Dr. Nitin Sood and Dr. Sushil Kataria, according to hospital sources.

According to the sources, he has been receiving medical care at the hospital since August 22. In July, the SP leader was also hospitalized.

In the meantime, Rajnath Singh, the defense minister, called SP leader Akhilesh Yadav to ask how his father was doing.

Singh stated in a Hindi tweet, “I called Mulayam Singh Yadav’s son Akhilesh Yadav to ask about his health after learning about the former chief minister of Uttar Pradesh’s ill-health. I ask God for a speedy recovery for him.”

Rahul Gandhi, the head of the Congress, tweeted in Hindi, “I was informed of Mulayam Singh’s illness. I hope he recovers quickly.”

“We are all concerned about the poor health condition of Mulayam Singh Yadav and are praying for his health,” said Priyanka Gandhi Vadra, general secretary of the Congress.