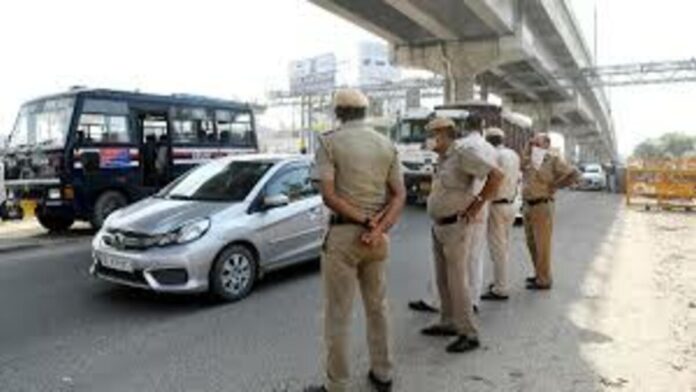 The Delhi Police tightened security at the Singhu and Ghazipur border crossings on the Delhi-Meerut expressway on Monday in anticipation of a farmers’ protest against unemployment at Jantar Mantar. At the Singhu boundary, which separates North West Delhi from Ghazipur, barriers have been erected.

In order to urge their unmet demands, the farmers’ umbrella organization Samyukt Kisan Morcha (SKM) had declared that they will commence a 75-hour sit-in in Lakhimpur Kheri, Uttar Pradesh, on Thursday.

SKM, an umbrella organization made up of about 40 farm organizations, has as its main demand the correct application of the minimum support price (MSP) for commodities.

Rakesh Tikait, the leader of the Bharatiya Kisan Union (BKU), participated in the Telangana leaders’ demonstration in New Delhi in April against the Centre’s paddy procurement policy and declared that the country needs another protest.

In addition, Mr. Tikait stated that the Samyukt Kisan Morcha would support any Chief Minister who fought for the concerns of the farmers.