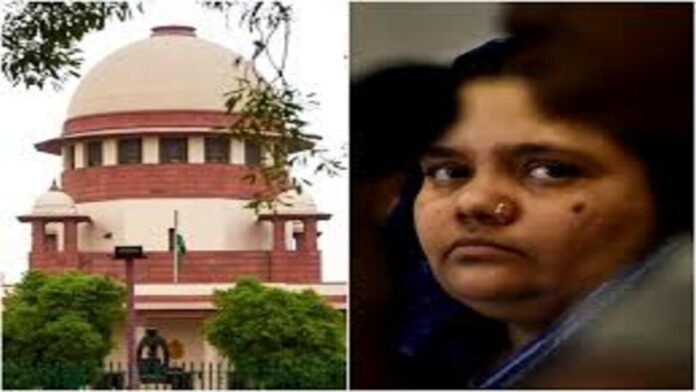 The Supreme Court will hear three petitions tomorrow that contest the release of 11 men who were convicted of gangraping Bilkis Bano during the Gujarat riots in 2002. On Independence Day, the Gujarati government freed the criminals in accordance with an antiquated remission policy, sparking a massive political uproar. The Supreme Court gave Bilkis Bano the largest rape case award ever in 2019 when it gave him a job, a house, and 50 lakh.

Tuesday, the court decided to take into account the petitions submitted by Mahua Moitra, a member of the Trinamool Congress, Subhashini Ali, and one other person. After hearing arguments from senior attorneys Kapil Sibal (speaking for Ms. Ali) and Abhishek Singhvi (speaking for Ms. Moitra), as well as attorney Aparna Bhat, a bench presided over by Chief Justice NV Ramana decided to hear the case.

A special court in Mumbai sentenced the defendants to life in prison in 2008 for the gangrape and murder of seven members of Bilkis Bano’s family. Later, the Bombay High Court upheld the judgement.

After one of the prisoners approached the Supreme Court with a request for release, the court decided to refer the question of remission to the state administration.

Following a unanimous decision from a panel that included several individuals with connections to the state’s ruling BJP, the government of Gujarat chose to free all the men.

It was even more contentious because the suggestion was based on a state remission policy from 1992 that did not place any limitations on the early release of rape conviction or life sentence recipients. It was later revised by the state in accordance with the Central policy, which forbids the release of prisoners serving life sentences or those found guilty of gang rape.

According to Bilkis Bano, she was neither informed or involved in the decision-making process.

The Gujarat government’s choice has been questioned by the judge of the special court that found the men guilty.

Justice UD Salvi, a former Bombay High Court judge who gave an exclusive interview, said: “Did they question the jurist who presided over the case? I can confirm that I haven’t heard anything about this. In such circumstances, the national government must also provide advise to the state government. Did they carry it out? I am clueless. What was the central government’s response, if they did?”

He had also said, “I don’t know if they went through the procedure or not.

Bilkis Bano stated that the release of the prisoners had “shaken” her confidence in the legal system and left her “shocked” and “numb.” The family has been in too much distress to consider taking any legal action.

“How can justice for any woman come to this conclusion? I had faith in the top courts in the nation. I had faith in the system and was gradually learning to cope with my trauma. My grief and waning faith are not just for me, but for every woman battling for justice in the courts “said the woman, who was 21 years old when the awful incident occurred in March 2002.

Before her eyes, seven members of her family were killed, including her three-year-old daughter, whose head had been hit with a rock. She claims seven further family members were slaughtered and listed as “missing.” The woman was then gang-raped when five months pregnant. As violence swept the state in the wake of the attack on the Sabarmati Express, which claimed 59 lives, the majority of them kar sevaks, the family was attacked as they took cover in the fields in Dahod, Gujarat.