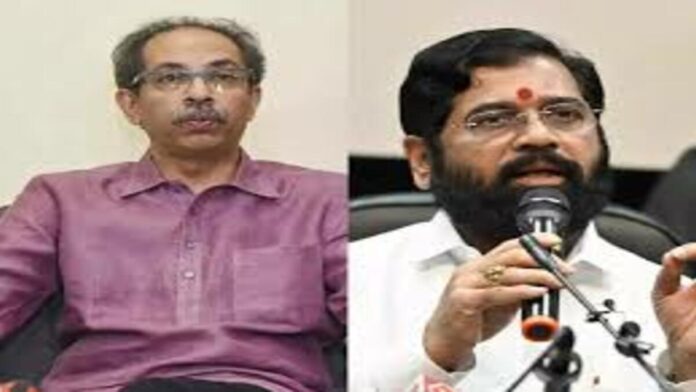 The Supreme Court today declined to halt the Election Commission from choosing who makes up the “genuine” Shiv Sena, dealing Uddhav Thackeray a severe setback in his battle against ally-turned-rival Eknath Shinde.
The Supreme Court rejected a petition by Uddhav Thackeray’s faction to prevent the Election Commission from making a decision about the claim of the Eknath Shinde-led group over the “genuine” Shiv Sena and its emblem in a hearing that was live webcast.

After the Shiv Sena, which his father Bal Thackeray had established, was split by a coup, Uddhav Thackeray’s government in Maharashtra fell in June. The coup’s leader, Eknath Shinde, later joined the BJP to form a new administration.

On June 30, Mr. Shinde took the oath of office as chief minister, with Devendra Fadnavis of the BJP serving as his deputy.

The renegade MLAs were to be disqualified, but Team Thackeray petitioned the Supreme Court. The government of Mr. Shinde could face difficulties if the MLAs are declared ineligible.

The Election Commission often evaluates the number of elected MLAs, MPs, and office bearers supporting each side to determine which faction is valid.

The Uddhav Thackeray and Shinde-led groups filed petitions with the Supreme Court on August 23 citing a number of constitutional issues regarding defection, merger, and disqualification. The cases were heard by a five-judge court.

The petitions raise crucial constitutional questions regarding the exclusion of MLAs who defect, the authority of the Speaker and the Governor, and judicial review, according to the court.

The Thackeray group had informed the court that the only way for MLAs who supported Eknath Shinde to avoid being disqualified under the Constitution’s 10th Schedule was to join another political party. Team Shinde contended that a leader who has lost the support of his own party cannot use the anti-defection law as a shield.