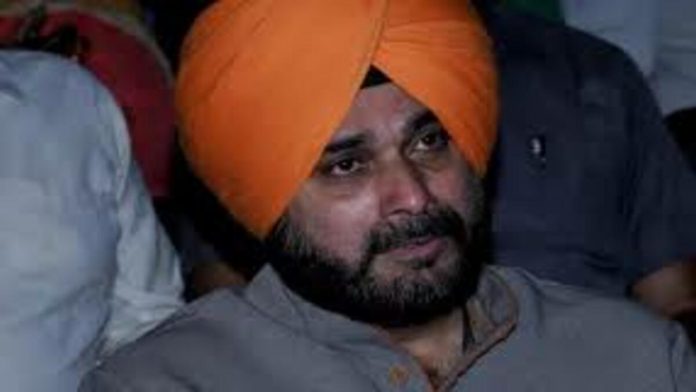 Congress leader Navjot Singh Sidhu has been shifted to barrack number 7 in Patiala jail in Punjab as prisoner number 241383.

On Friday, the leader finally surrendered in Patiala court, a day after Supreme Court sentenced him one year of imprisonment for a three-decade-old road rage incident during which a man was killed.
Soon after Mr Sidhu surrendered, he was taken for the medical examination and later to the jail in a police jeep.

Another leader from Shiromani Akali Dal leader Bikram Singh Majithia, who is at rivalry with Sidhu is also imprisoned in the same jail.

Bikram Singh Majithia had contested against Sidhu from Amritsar East for assembly elections in February-March. Majithia is in prison for a case in connection of drugs. However, both the contestants lost in elections against AAP’s Jeevanjot Kaur.

The Supreme Court on Thursday, ordered one year of “rigorous imprisonment” for the 58-year old Congress leader. Recently Mr Sidhu had resigned from the post of Punjab Congress Chief after party faced defeat in state assembly elections.

On December 27, 1988, Navjot Singh Sidhu got into an heated argument over parking area with a man named Gurnam Singh, who was the resident of Patiala. Later in the argument, Mr Sidhu and his friend, Rupinder Singh Sandhu dragged Gurnam out of his car and allegedly beated him. Later when he was taken to the hospital he died.

An eyewitness of the incident made Mr Sidhu an accused for killing Gurnam Singh.

A local court had acquitted Mr Sidhu in 1999 over lack of proof for case but in 2006 High Court had convicted him of  culpable homicide and sentenced him for three years of jail.

The cricketer-turned politician had filed an appeal in the Supreme Court, which reduced his sentence and asked him to pay a fine instead on grounds that Mr Sidhu did not use a weapon and the case was three-decade old.

But Gurnam Singh’s family had filed a review petition for 2018 judgement.