SC Sends Notices To Haryana And UP Questioning roads blockades 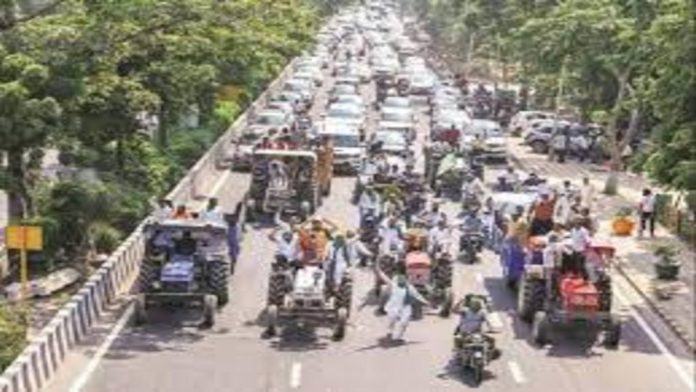 Even if a serious protest is going on, public roads cannot be remained blocked for a long time, being told to state governments by Supreme Court because it is causing inconvenience to people.

The Supreme Court said on Friday that there should be free flow of traffic after hearing a plea of a woman resident of Noida seeking direction to make sure that the roads between Noida and Delhi are kept open so that inconvenience is not caused.

Notices are issued to goverments of Haryana and Uttar Pradesh by the court and asked for a response, why the roads have remained blocked due to protest.

Although, Delhi and Centre were issued notices earlier and have said that the other states have to be necessary parties to the case.

It is said by the bench of Justices SK Kaul and Hemant Gupta that “We are not concerned about the larger issue of how you deal with the protests, but the public streets should not be blocked. Right to protest is to be exercised as per the previous orders of this court,”

Huge number of farmers from Punjab, Haryana and Uttar Pradesh have been camping at the Delhi borders for several months and they also have blocked roads, highways and daily traffic movement.

Farmers are eagerly awaiting for resolution to their demands of complete roll back of the three farm laws by the centre, due to which traffic movement at the Delhi borders is suffering continuously.