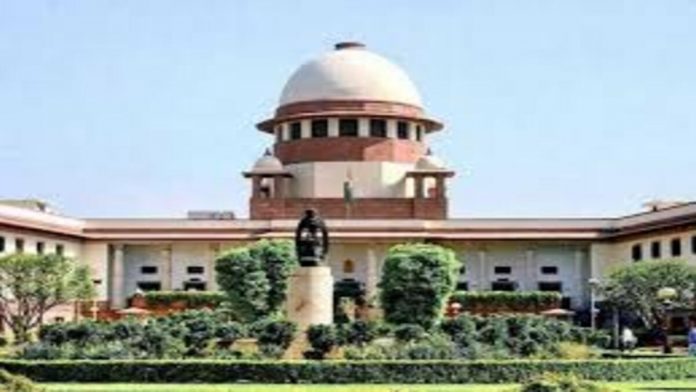 The General Officer Commanding of Telangana-Andhra Sub-Area (TASA) was severely reprimanded by the Supreme Court on Thursday for willful disregard of a trial court order granting possession of a parcel of land to a civilian and for using the force of the armed forces to demolish the boundary wall on that parcel of land.

The Chief Justice N V Ramana and Justices Krishna Murari and Hima Kohli said, “Armed forces are meant to protect the country and not the ego of an individual who thinks he has the might of armed forces,” even before additional Solicitor General S V Raju could access the case files.

“You (GOC) think you can send the Army to dispossess a civilian. The Army lost the claim on the piece of land in every court and still did not bother. The bench declared, “Give us the name of the officer and we will put him in jail.

The bench responded, “Do you think we are like children to be swayed by such arguments? ” when Raju tried to defend the Army’s action by claiming that the civilian’s land is not demarcated and that the Army believed the civilian was encroaching on the armed forces land. Can a commoner withstand the Army’s might?

The bench rejected the Centre’s appeal against the Telangana High Court decision declining to stay the trial court’s sentence of imprisonment for the GOC for willful disregard of the court order granting civilians ownership of the land by acknowledging their adverse possession for more than 150 years.

The SC, however, mandated that the Major General not be imprisoned. The bench threatened him, saying, “He will go to jail if we hear any such complaint against him in the future.”

The issue has a complicated past because the land, on which the current TASA building is located, was originally purchased by the Nizam of Hyderabad over a century ago for military purposes. In 1971, the defense establishment brought a civil lawsuit, claiming ownership of nine acres of land that civilians had infringed upon.

Through adverse possession spanning more than 160 years, the civilian defendants asserted title over the property. The HC upheld the Secunderabad civil court’s decision to dismiss the Army’s lawsuit.

The trial court ordered that the General Officer Commanding and the Defense Estate Officer be sent to civil prison for two months each for their willful disobedience and violation of the decree of permanent injunction passed by the court on December 11, 2017. The Army was bothering the civilians over possession of land, so they sought execution of the decree. Additionally, it had asked them to fix the boundary wall that the army had broken.