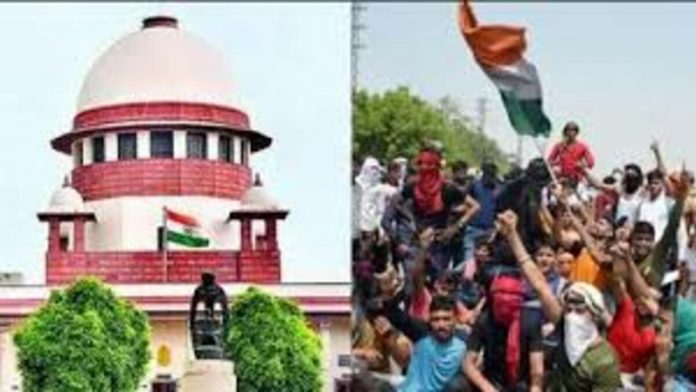 Recruitment for the Indian Army, Indian Air Force (IAF), and Indian Navy is now taking place under the Agnipath Scheme. The Center’s Agneepath Recruitment program has been contested in court after some criticism and Agnipath demonstrations. According to recent developments, the Supreme Court has decided to hear the arguments opposing Agnipath Yojana next week.

A portion of the populace that is opposed to the Yojana has criticized the Agnipath Scheme. According to sources, a vacation bench composed of Justices Indira Banerjee and JK Maheshwari stated that the case would be heard the following week once the Supreme Court resumed operations following the summer break.

A lawyer who submitted one of the complaints against the Agnipath Scheme reportedly said that the IAF hopefuls had already completed training and were simply awaiting their employment letters. However, as a result of this arrangement, their careers may now be reduced from the initial 20 years to just four.

The same report on the Agnipath Scheme hearing before the Supreme Court notes that the suit opposing the program asks for the government’s Agnipath Recruitment announcement to be revoked. The government “has abolished the century-old selection process for the Armed Forces which is contradictory to the constitutional rules,” it is said in the same document.

The Center launched the Agnipath Scheme in June with the intention of enticing young people to join the military. Even if the registration process for the Agniveer recruitment program is already underway, protests against the plan were already seen in numerous regions of the nation. According to news agency, the Supreme Court petition also discusses the Agnipath protests.