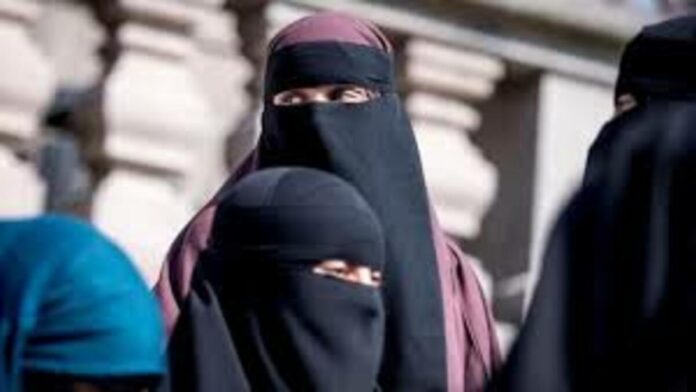 The Supreme Court stated on Monday in response to petitions opposing the Karnataka High Court’s ruling upholding the ban on wearing the hijab in educational facilities: “You may have a religious right to do whatever you choose. But can you assert that right in a school where students must wear uniforms?

Justice Hemant Gupta questioned Senior Advocate Sanjay Hegde, who represented one of the petitioners, saying, “We would allow for a minute that you have the freedom to wear a scarf or hijab anywhere you feel like, but can you carry that hijab to a school where uniform is mandated.”

The panel, which included Justice Sudhanshu Dhulia, responded to the claim that the Karnataka Education Act, 1983, was being used to deny education to some classes, saying: “They are not arguing that they are denying any right. The state is requesting that you arrive in a uniform that is required for pupils.

The senior attorney attempted to connect a “chunni” (dupatta) and a “hijab,” claiming the former was already a part of the uniform, but the court emphasised that the two couldn’t be compared.

There are “several differences,” as Justice Dhulia put it. “You are probably mistaken if you are seeing a chunni as a hijab. The shoulders are covered with a chunni, according to Justice Gupta.

As Hedge argued that women also cover their heads with a chunni when they are with older people, Justice Gupta responded, “No, that is not the norm of Punjab. When visiting a gurudwara to offer obeisance, Sikh women use it to cover their heads. Nothing more, please.

A Constitution Bench should investigate the matter since it involves constitutional questions, such as whether donning a hijab is an essential religious practise, according to senior attorney Rajeev Dhavan, who also represented the appellants.

The question could be adjusted in a different way, according to Justice Gupta. It might or might not be a necessary practise. Can you, nevertheless, insist on religious traditions in a government organisation? “Our Constitution’s Preamble states that we are a secular republic,” he remarked.

Judges wearing tilaks are something Dhavan claims to have observed. The senior attorney noted that a painting of a judge wearing a pagdi is located in Court 2.

Wearing it (pagdi) was customary in royal states, the bench retorted. Justice Gupta claimed that when his grandpa practised law, he wore a pagdi. Don’t compare it to religious symbols, he advised.

Dhavan said the matter before the SC “concerns a great number, millions, who comply with the dress code but also want to wear a hijab,” noting that France adheres to a stringent kind of secularism. A constitutional issue exists here.

He claimed that everyone in the world would be watching the Supreme Court’s ruling. He added that the SC’s ruling will be of “momentous” importance and that the hijab “affects a wide number of countries and civilisations.”

Karnataka Advocate General P K Navadgi recalled the events leading up to the Government Order (GO) on February 5 of this year and noted that there had been disturbance and that various educational institutions and district administrations had written to the government requesting guidance.

The sole requirement for students’ uniforms, according to him, is that they be chosen by their governing authorities. “State was extremely aware that not every institution would need to wear uniforms. All we can tell is that every recognised educational institution is required to require its students to wear a uniform under Rule 11 of the Karnataka Education Prescription of Curricular Rules. We hereby advise all educational institutions to mandate a uniform for their students since you are asking for our advice, he stated.

This led to the state’s educational institutions requiring uniforms of its students. Some of them decided to forbid the hijab. These government or private school judgments or resolutions have not been challenged. The challenge was brought before this GO’s HC. My justification before the HC, which was approved, was that the GO does not restrict any of the petitioners’ rights. Wear a hijab or don’t, we don’t say. Follow Rule 11 is all we advise, he stated.

According to him, students raised their case to claim that wearing the hijab constituted a religious practise and violated Article 25 rights when they learned that schools had used Rule 11 to forbid wearing it.

In government institutions, the authority to establish the uniform was granted to the college development council, which was made up of representatives of the students, parents, teachers, the local MLA, two members of the Scheduled Caste, and two members of the Scheduled Tribe, among others. Private educational institutions have a regulatory council that establishes the appropriate attire.

Hegde questioned the reach of the Karnataka Education Act and Rules earlier in the hearing and posed the following question: “Can you (student) be banned from the classroom if you wear a specific dress? Can you impose a dress code on women’s access to education? Can you bar someone from a college simply because you believe their uniform violates the dress code? Can you tell an adult woman she won’t be able to regulate her own sense of modesty?

He said that the college development council, which is made up of the local MLA and other politicians, lacks legal sanctity in accordance with the Act.

A golf course has a clothing code as well, Justice Gupta noted. Can we say that we won’t comply with it? he asked. A golf course is private property, Hegde retorted. The bench emphasised that the area is open to the public.

The bench then made a reference to establishments with a dress code. Hegde retorted that context is everything.

The court responded to Hegde’s argument regarding the type of schooling that the 1983 Act contemplates by asking, “Does it forbid any fixation on dress culture? that pupils are permitted to arrive in minis, midis, or whatever they choose?

There is absolutely no such prescription, Hegde retorted. The bench retorted that “the executive power of the state will come in” in that situation.

The discussions will continue on Wednesday despite their continued impasse.

Muslim girls enrolled in pre-university colleges in Udupi filed a number of petitions on March 15 asking for permission to study while donning the hijab. A full bench of the Karnataka High Court dismissed these petitions. According to the HC, wearing the headscarf is not a requirement for practising Islam, and Article 25 of the Constitution’s guarantee of religious freedom is subject to reasonable limitations.

The HC also maintained the government decision from February 5 suggesting that hijabs may be prohibited in government universities where uniforms are required, and it found that such restrictions under the standards for college uniforms are “constitutionally permissible.”

The Supreme Court received a number of petitions and appeals contesting this.