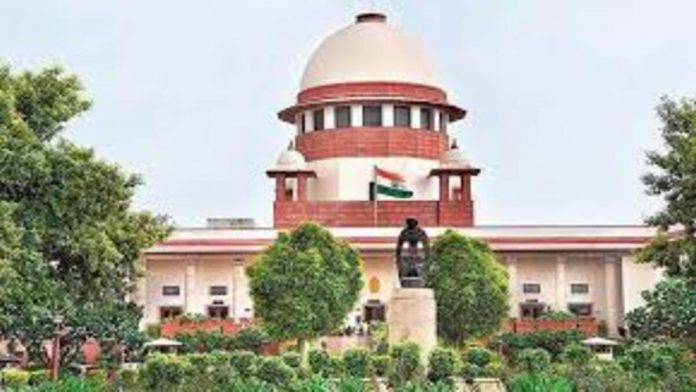 The Supreme Court on Wednesday made a historic decision, ordering that the 152-year-old sedition rule under Section 124A of the Indian Penal Code be effectively suspended until the Union Government reconsiders the provision.

The Court issued an interim injunction directing the Centre and state governments to refrain from filing any FIRs under the clause while it was being reconsidered.

All pending trials, appeals, and actions relating to charges established under Section 124 A should be put on hold, according to a bench that included Chief Justice of India NV Ramana, Justice Surya Kant, and Justice Hima Kohli. It was decided that adjudication of other parts might proceed without prejudice to the accused.

The Court also ruled that persons who have been arrested under Section 124A IPC and are now incarcerated can seek bail from the appropriate tribunals. It has also been decided that if a new lawsuit is filed, appropriate parties are free to approach courts for suitable remedies, with courts being asked to assess the relief sought in light of the court’s order.

These instructions shall remain in effect until further notice.

The bench issued the order after observing that the Union Government’s position that the colonial provision requires “re-consideration and re-examination” indicates that the Government agrees with the Court’s prima facie view that the “rigours of 124A IPC are out of sync with current social milieu and were intended for when the country was under colonial regime.” As a result, the Court granted the Union of India permission to reexamine the clause.

“The court recognises the State’s responsibility on the one hand and citizens’ civil liberties on the other. There is a demand for consideration balance. The petitioner claims that this law, which dates back to 1898, is being abused. The Attorney General had also presented examples of egregious abuse, such as incidents involving the recital of the Hanuman Chalisa “While dictating the order, the CJI said.

“As a result, we expect that it will be appropriate not to continue the use of the aforementioned provision of law by the Governments until the re-examination of the provision is complete,” the Court’s order noted.

The bench had agreed to the Centre’s request that the hearing of petitions be postponed till it reconsidered the clause if it could indicate how it meant to handle ongoing and future cases until the procedure was completed yesterday. The Court further urged that the Centre send instructions to states not to register sedition charges until the Section 124A review is completed, and asked for their answer.

The petitioner’s major argument was that if an adjournment was granted, how can the interests of those who have already been charged under Section 124A be preserved, and if future cases can be put on hold until the review is completed? The Solicitor General has been tasked with obtaining directions on the matter.

When the matter was brought before the Court today, Solicitor General of India Tushar Mehta informed the Court that the Centre has drafted a suggested draught direction to be issued, keeping in mind that a cognizable offence cannot be stopped from being recorded. He went on to say that once a cognizable offence has been committed, it may not be appropriate for the Centre or the Court to stay the effect of the provision. As a result, the draught advises that before filing a FIR, a responsible officer at the level of Superintendent of Police be selected for scrutiny, and his satisfaction is subject to judicial review.

In regards to the ongoing cases, the SG stated that they are unsure of the severity of each case; he also stated that some of the outstanding cases may have a ‘terrorist’ element or include money laundering. Finally, he stated that the pending cases were in front of a judicial forum, and that we should trust the courts.