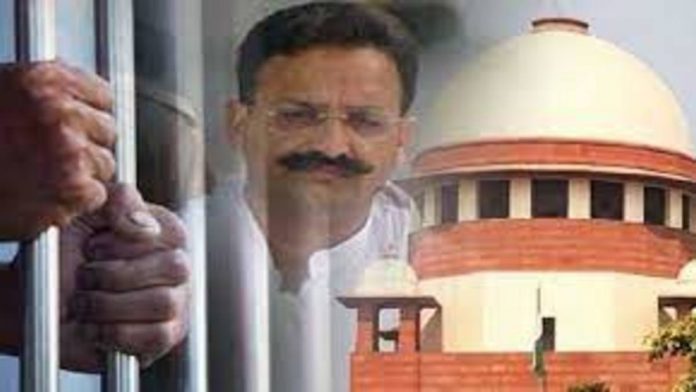 A bench of Justices Ashok Bhushan and R Subhash Reddy, admonished Punjab govt for denying Ansari’s custody to UP by citing a litany of “trivial” medical issues, ordered it to transfer Ansari within two weeks.

The Supreme Court Friday invoked its powers under Article 142 of the Constitution—which enables it to pass orders to ensure “complete justice”—to direct Punjab Police to hand over custody of dreaded gangster & politician Mukhtar Ansari, currently lodged in the Ropar Jail, to Uttar Pradesh so that he could face trial in a series of criminal cases.

A bench of Justices Ashok Bhushan and R Subhash Reddy, pulling up Punjab for denying Ansari’s custody to UP by citing a litany of “trivial” medical issues, ordered it to comply with the direction within two weeks.

Ansari will be lodged in the Banda District Jail, the court said.

The court added that it will be up to the Special Court constituted for MPs and MLAs at Allahabad to either continue his incarceration at the Banda District Jail or shift him to any other prison in UP. It also asked the Banda Jail Superintendent to extend the necessary medical facilities to Ansari.

UP had approached the Supreme Court with a petition under Article 32 of the Constitution and Section 406 of the CrPC contending that Ansari’s transfer to Ropar jail from Banda jail was part of “a conspiracy” to ensure he remains in Punjab, thus protracting the trial in various cases in UP. While Ansari was facing trial for ten henious crimes in UP, a case was filed in Mohali for extortion and criminal intimidation. His custody was handed to Punjab Police, UP said. It added that whenever his custody was sought, it would get denied on flimsy medical grounds.

On this, the court, which went into the records, said: “During the period from 14.02.2019 to 14.02.2020, (Ansari’s) custody is denied to the police of Uttar Pradesh by” Ropar Jail Superintendent “on twenty six occasions. A perusal of the reasons for not giving custody shows that it is mainly on the medical grounds referring to diabetes mellitus, skin allergy, hypertension, backache, throat infection, etc”.

The bench said it did not wish to record any finding on UP’s allegations of conspiracy “at this stage”. “At the same time, we are satisfied the custody is denied… every time on trivial grounds…” It also said Ansari refraining from applying for bail in the Mohali case so far “gives any amount of suspicion on” his “conduct”.

Punjab had opposed the maintainability of the Article 32 petition, saying it can only be filed for safeguarding fundamental rights.