The apex body has also ordered the United Bank officials to compensate the petitioner with Rs.1 lakh as the litigation cost. 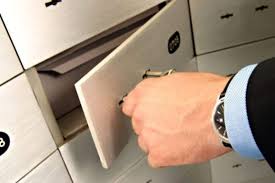 The Supreme Court on Friday ordered RBI to frame some new rules and regulations to for the locker facility which will be abided by all other banks. The apex body of court said this because it thinks that “the present state of regulations on locker management is inadequate and muddled”.

“Banks are under the mistaken impression that not having knowledge of the contents of the locker exempts them from (the) liability for failing to secure the lockers in themselves as well. In as much as we are the highest court of the country, we cannot allow the litigation between the bank and locker holders to continue in this vein,” said the Supreme Court.

This development came while the court was hearing a case of Kolkata’s branch of United Bank of India. In the case a bank customer, Amitabha Dasgupta had complaint regarding opening his locker without his permission as bank was claiming that he has not paid the dues. However, he refuted the claims, later the bank returned him two out seven jewels.

He then moved the top court against an order of the National Consumer Disputes Redressal Commission (NCDRC), which agreed to the State Consumer Forum’s decision to reduce the ₹ 3 lakh compensation – ordered by the District Consumer Forum – to ₹ 30,000. Both the national and state forums were of the view that “the civil court can decide on the loss of the contents”.

After knowing the matter and also when banks “cannot impose unilateral and unfair terms on consumers”, the top court imposed a fine of ₹ 5 lakh on the United Bank of India for breaking open the locker without informing the customer.  The fine can be recovered from the “erring officials if they are still in service,” said SC.

The apex body has also ordered the United Bank officials to compensate the petitioner with Rs.1 lakh as the litigation cost.

While giving verdict and punishing the officials of the bank the SC also asked, “There is no uniformity in procedure with each bank having its own procedure. What happens if one’s locker broken open by the bank and locker’s contents are disputed? Whose responsibility is it?”.

Below are the some guidelines which the Supreme Court ordered for locker facility: