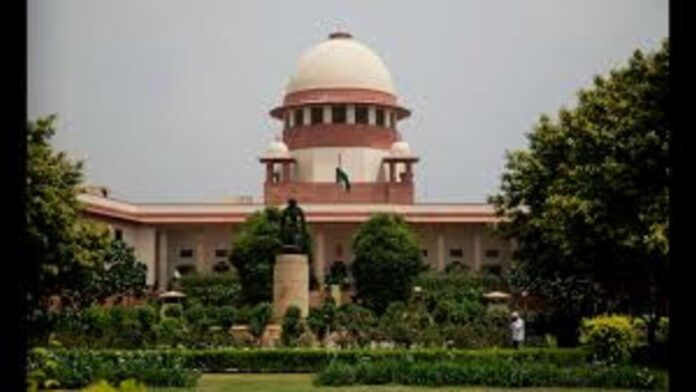 The Supreme Court ruled on Tuesday that the Prohibition of Benami Property Transactions Act, 1988, is unconstitutional and invalidated two of its most important provisions. It also declared invalid every prosecution brought under the Act between 1988 and 2016 (the year it was amended).

The 1988 statute, according to a three-judge panel led by Chief Justice of India (CJI) NV Ramana, was “still born” and “unconstitutional,” and the 2016 law’s amendments will only be effective going forward, not backward.

“Concerned authorities cannot begin or continue criminal prosecution or confiscation proceedings for (benami) transactions entered into prior to the 2016 Act’s taking effect,” the bench, which was also made up of Justices Krishna Murari and Hima Kohli, declared (period between September 5, 1988 to October 25, 2016). All such charges or confiscation processes shall be quashed as a result of the foregoing declaration.

The judgement was reached after the federal government appealed a Calcutta high court decision from December 12, 2019, which had invalidated show-cause notices sent to M/s Ganpati Dealcom Pvt Ltd’s owners by the centre under the 2016 Act. The top court ruled that because the transaction in question by the corporation involved the purchase of a property in 2011, the Act cannot be implemented retroactively. The business, which was defended by senior counsel Abhishek Manu Singhvi with assistance from advocate Parmatma Singh, argued that the modified Act did not apply retroactively because it added new offences and separate penalties.

The judgement declared Section 3 of the Act, which renders benami transactions criminal by a maximum sentence of three years in jail, and Section 5 of the Act, which provides for the confiscation of the aforementioned property, to be unconstitutional and clearly arbitrary.

The court ruled that Section 3 of the 1988 Act, when read in conjunction with Section 2(a) and Section 5, is excessively broad, unduly harsh, and operates without proper protections. Such clauses were never actually used and died as legislation. This Court determines that Sections 3 and 5 of the 1988 Act were invalid from the beginning.

The 2016 Act’s prosecution and confiscation procedures will not be affected by the ruling because they were not a subject of the court’s deliberation.

Following the Supreme Court’s ruling on July 27 that upheld the provisions of the Prevention of Money Laundering Act, 2002, the court’s reasoning in the current judgement. A three-judge panel that included retired justice AM Khanwilkar, justices Dinesh Maheshwari, and justice CT Ravikumar resolved that matter.

Similar arguments were made in the PMLA case by more than 200 petitioners to challenge the harsh, sweeping provisions of the Act that gave Enforcement Directorate officials vast, arbitrary powers of search, seizure, summons, and arrest (ED).

The PMLA provisions were challenged as being illegal since they completely ignored constitutional protections for accused persons, procedural protections under the Code of Criminal Procedure (CrPC), and the requirement of mens rea (intention to commit a crime). It was reported that additional offences without any connection to money laundering were added to the Schedule under PMLA under the offences listed as predicate offences. The provisions for getting bail were strict because a potential offender had to demonstrate his innocence without being given a copy of the complaint, case diary, or other documents incriminating him that were available with ED. Once a potential offender was called for questioning, his statement was admissible as evidence in court.

The highest court rejected the Centre’s contention that the 1988 Act’s provisions for property forfeiture or confiscation were civil in nature and did not violate Article 20(1) as a result in its ruling on Tuesday.

“A penal provision cannot be couched as a civil provision to escape the mandate under Article 20(1) of the Constitution which follows the recognised legal principle that what cannot be done openly, cannot be done indirectly,” CJI Ramana wrote in the 96-page verdict for the bench. It also criticised Section 3 of the 1988 Act for failing to make “mens rea” a necessary component of the crime and declared it unconstitutional on this basis.

The bench declared, “Section 53 of the 2016 Act, as modified, reinstates the concept of mens rea. Such a revival demonstrates unequivocally that eliminating the mens rea component was done arbitrarily and resulted in an uncharacteristically harsh enactment. This is why the criminal provision under the 1988 Act was never used, and the 2016 Act was intended to close this gap by being made retrospective. The Centre also acknowledged this in court.

“There is implicit recognition of the forfeiture being a punitive sanction. Being a punitive provision, it is trite that one integrates the presumption of innocence within the Chapter IV of the 2016 Act (attachment, adjudication, and confiscation) as the same forms a part of the fundamental right,” it boldly asserted.

When discussing the issue of property confiscation, the court alluded to the PMLA decision (Vijay Madanlal Choudary v. Union of India) and stated that certain aspects of the decision provided much room for arbitrary application of the law.

It stated, “Having read the said judgement, we are of the opinion that the aforesaid ratio requires further expounding in an appropriate case, without which, much scope is left for arbitrary application,” in reference to the judgement from July 27 on confiscation proceedings under Section 8 of the PMLA.

The bench added that the proportionality of forfeiture provisions in any forfeiture proceedings will depend on the seriousness of the offence. It stated that acts involving terrorist organisations, drug cartels, or organised criminal operations may deserve having “stringent civil forfeiture.” “A considerable risk of being disproportionate exists if such a provision is applied to numerous additional offences that are not of such extreme seriousness.”