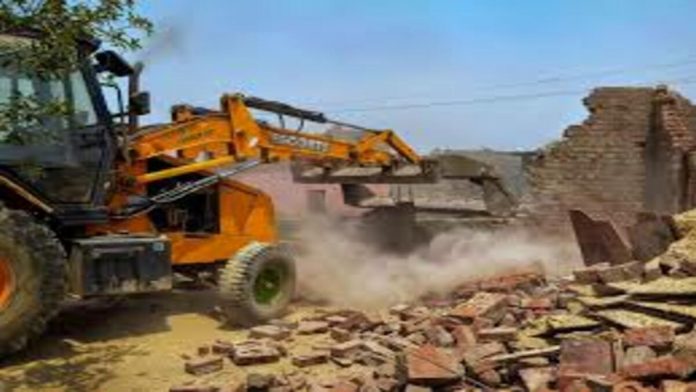 The Supreme Court (SC) ruled on Thursday that demolitions must be done in compliance with the law and not as a form of retaliation by the government.

It made the comment while serving notice on the Uttar Pradesh government on petitions challenging bulldozer action in Kanpur and Prayagraj in the aftermath of rioting sparked by former BJP spokespersons’ anti-Muslim remarks.

The applicants’ request to halt the demolitions was denied by the bench.

The protocol must be followed so that residents get the impression that the country is governed by the rule of law, according to a vacation bench comprising Justices AS Bopanna and Vikram Nath.

The court was considering applications from Jamiat Ulama-I-Hind, an Islamic scholars’ group, seeking orders from the state to stop unauthorised demolitions. These new applications are part of a writ challenge launched by the Jamiat in April, after the North Delhi Municipal Corporation destroyed alleged encroachment in the national capital’s riot-hit Jahangirpuri neighborhood.

The UP government’s Solicitor General Tushar Mehta defended the demolitions, claiming that they were carried out in compliance with the law after prior notice was given. Senior advocate Harish Salve, who made an online appearance to argue the case, joined him.

The bench, however, told both parties orally that while it could not “say no to demolitions,” they must be carried out in accordance with process.

“Everything should appear fair,” the court added, giving the UP administration three days to explain whether the latest demolitions were carried out in conformity with procedural and municipal legislation.

The bench emphasized the importance of authorities adhering to the rule of law, particularly in light of media reports claiming that the demolitions were carried out on a weekend when courts are closed, preventing aggrieved parties from seeking legal redress.

The Jamiat Ulama-I-Hind highlighted previous examples of similar demolition operations in Uttar Pradesh and Madhya Pradesh, alleging that houses of Muslims accused of involvement in some type of crime, mainly rioting, were burned.

It subsequently requested a blanket order from the court to halt all demolition efforts, which was denied by the Supreme Court. The apex court, on the other hand, had issued notices on the petition.

Demolitions didn’t comply with UP Urban Planning Act
Senior advocate C.U. Singh, appearing for the Jamiat Ulama-I-Hind, argued that because the court had not issued a status quo order at the time, the UP authorities took advantage of the situation and proceeded to bulldoze the properties of those who were allegedly involved in violent protests in Kanpur and Prayagraj recently.

Singh claimed that the demolitions violated Section 27 of the Uttar Pradesh Urban Planning and Development Act, 1973, which requires the person responsible for the unauthorised structure or the owner of the affected property to remove it within 15 days.

Aside from the 15-day timeframe, the owner or occupant has further 25 days to file a legal challenge to the notification.

According to Singh, the authorities are unable to take any action before the 40-day timeframe expires.

He claimed that the authorities justified the demolitions by claiming that residents had been served with notifications. However, he argued, there are remarks from high-ranking political leaders that make it evident that only individuals who participated in protests were targeted during the demolition campaign.

“These houses have been there for the previous 20 years, they are pucca houses, and one fine day, they demolish without giving enough time to comply with the procedure,” Singh testified in court.

Furthermore, he added, the properties demolished were not owned by those identified in the FIR filed in connection with the violence or who took part in the protests.

Bring facts on record
Mehta and Salve both rebutted Singh and urged the court to dismiss an organization’s request. They contended that only the aggrieved parties should be heard in such cases.

The Supreme Court, on the other hand, asked Mehta and Salve not to turn the case into a legal battle.

“This isn’t a matter of debating who should be in front of us. “We are aware that demolitions cannot take place without warning,” the bench observed.

“We must be mindful of the reality that persons whose homes are demolished may not be able to contact the court,” he added.

Salve provided a timeline of events to back his claim that previous notices were issued in the three cases named by the petitioners — one from Prayagraj and two from Kanpur.

He proposed that the events be documented in an affidavit, which the court agreed to.

“Respond to the application and bring facts to the fore,” the bench added. In the meantime, make sure nothing bad happens. There should be some respect because the matter is before the court.”