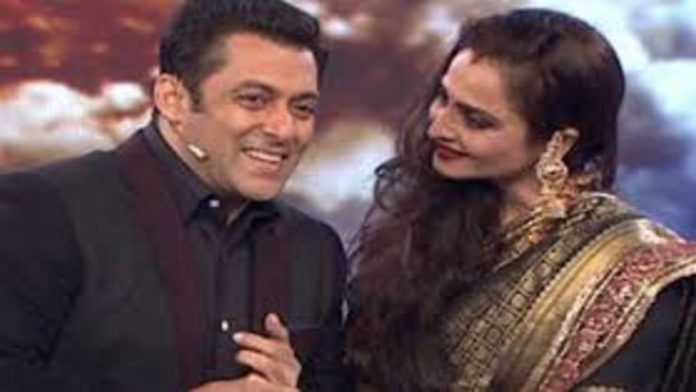 Salman Khan, Bollywood’s most eligible bachelor, turns 56 today. Does he, however, appear to be any older than 28? Well, we have our doubts. On the occasion of Salman’s birthday, we have got you a throwback of the time when Salman told his family that he wanted to marry veteran actress Rekha.

Salman once stated that he admired the actress so much that he wanted to marry her when he grew up. Haha!

Rekha had visited Bigg Boss sets to promote her film ‘Super Nani’ a few years ago and met Salman Khan. It was at this point when the actor admitted that he has admired the legendary actress since he was a teenager.

Salman Khan said that he and Rekha were neighbours and that he would get up at 5:30 a.m. to watch her go for her morning walks. Aww!

Salman also informed everyone in his family that he intended to marry her when he grew up, according to Rekha. “When I grow up, I want to marry that girl,” the legendary actress remarked.