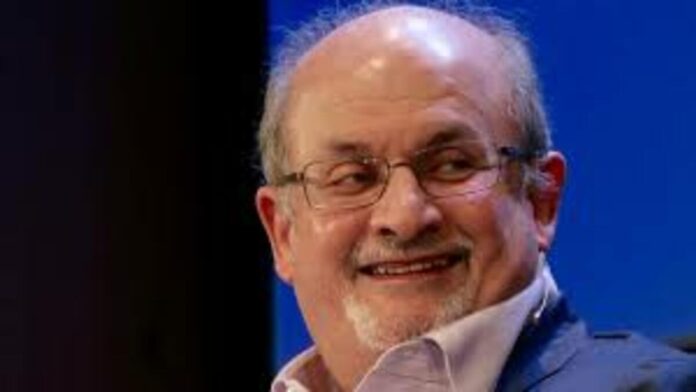 Salman Rushdie, a novelist, has already been taken off the ventilator and may soon be able to speak, more than a day after being stabbed in the neck at a gathering in western New York State. The developments came as alleged attacker Hadi Matar was charged with attempted murder and entered a not guilty plea, according to his representative Andrew Wylie.
The author had had hours of surgery and was probably going to lose one eye, according to earlier updates. Wylie had also claimed that the novelist’s liver had been hurt and that one of his arms’ nerves had been severed.

Since 1989, when Ayatollah Ruhollah Khomeini, Iran’s then-supreme leader, issued a religious ruling, or fatwa, commanding Muslims to kill Rushdie, he had been effectively living under death sentence. The novel “The Satanic Verses,” which aroused rage among some Muslims who thought it was blasphemous, was the cause of the fatwa.

Prior to a speaking engagement at the Chautauqua Institution on Friday night, he was stabbed on stage. The male suspect, later identified as Matar, allegedly ran up on stage and assaulted the author, according to the New York State Police. Rushdie was taken by helicopter to a local hospital after sustaining what appeared to be stab wounds to the neck and chest.

The act has received global condemnation, with US President Joe Biden expressing his shock and sadness over it on Saturday.
“When Jill and I learned of the horrible attack on Salman Rushdie yesterday in New York, we were both horrified and heartbroken. We are praying for his health and recovery together with other Americans and people from all across the world. I’m grateful to the first responders and the courageous people who acted quickly to protect Rushdie and stop the perpetrator “US President made a statement.