Salman Rushdie On Ventilator, May Lose One Eye In Surgery 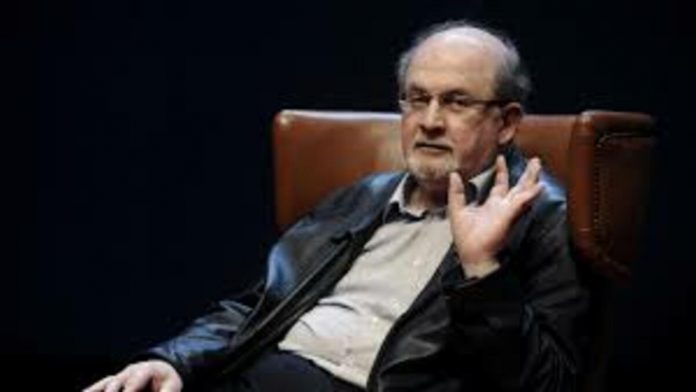 After being stabbed multiple times at an event in New York, author Salman Rushdie is likely to lose his one eye, told his book agent Andrew Wylie. He further said, Rushdie was put on ventilator hours after his surgery and nerves of his arms were also severe.

According to the New York Police, the suspect who attacked Rushdie is identified as Hadi Matar aged 24 from New Jersey. He has been arrested soon after he attacked the author.

On Friday, Salman Rushdie was about to deliver a speech at an event in New York’s Chautauqua Institute, when the accused brutally attacked him when he was introduced on stage. Rushdie’s liver was also damaged in the attack.

Immediately after the incident tooo place, the author was taken to a hospital via helicopter where he underwent surgery treatment.

Salman Rushdie attained prominence with his Booker Prize-winning 1981 novel ‘Midnight’s Children’, yet his name became known all over the planet after ‘The Satanic Verses’. The book has been prohibited in Iran starting around 1988, as numerous Muslims believe it to be disrespectful.

Rushdie is an Indian-born, who has lived in US for 20 years. Following a controversy over his fourth book, ‘The Satanic Verses’ he stayed out of public view, mainly living in UK. Even after several threats, he continued producing novels during 1990s.

However, the attack on Salman Rushdie is being criticized by the literary personalities all around the world.