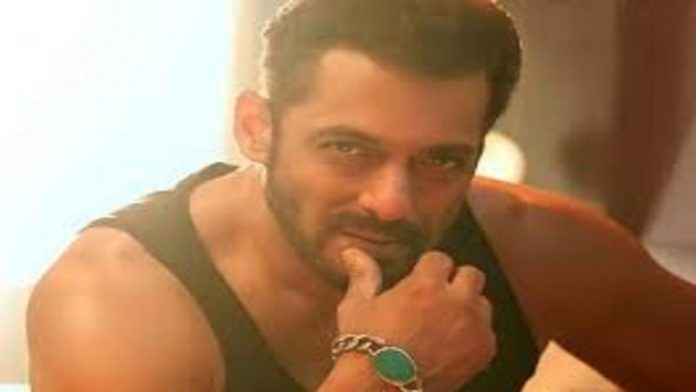 Salman Khan, the megastar of Bollywood, is one of the most well-liked and respected actors in the industry. The actor was recently seen at the pre-release ceremony for SS Rajamouli’s upcoming film RRR, when he delivered a message to all filmmakers. Ram Charan, Jr. NTR, and Alia Bhatt, who star in the upcoming film, were also present at the event.

As we all know, S S Rajamouli is recognised for delivering a number of box office hits, one of which being Bahubali, which was one of the most successful films in Indian cinema history. RRR, the director’s much-anticipated film, too has an action-drama element to it and is expected to be a box office smash.

Fans saw Salman Khan take the stage and say a few things during the pre-release ceremony for the film, which was held in Mumbai. In support of the picture, the actor sent out a message to all filmmakers, advising them not to ‘dare to release’ any new films for the next four months after RRR was launched, in order to avoid any stiff competition.

Salman Khan praised Jr. NTR and Ram Charan for their work throughout the year at the same event. The actor stated that he admired NTR’s acting style and described him as a natural performer. In addition, Salman stated, “I have always seen Ram Charan with injuries.” When I inquire how he got hurt, he always tells me about his gym sessions or shooting action scenes, which are the causes of his wounds. Such is the hard work he puts in for his projects.”

On the work front, Mahesh Manjrekar’s Antim: The Final Truth saw Salman Khan make an incredible debut on the big screen. The film was released on November 26th, 2021.

During the launch of trailer of upcoming film Jug Jugg Jeeyo, actress Kiara Advani was questioned settling down with Sidharth Malhotra by media, to...
Read more
- Advertisement -