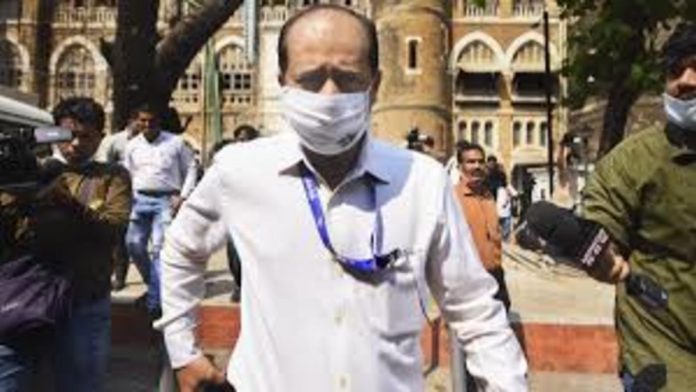 Another twist in the case of allegedly arrested Mumbai cop Sachin Vaze came on Sunday when a BJP leader Kirit Somaiya said that Waze had partnership businesses with many Shiv Sena leaders. She also requested the authority to completely sack the former Police Commissioner Param Bir Singh who she thinks has backed the arrested cop.

Somaiya claimed that Vaze was involved in six businesses in which some Sena leaders were also partnering. “Vaze had a very close relationship with a top Sena leader. In addition, he has formed partnership firms dealing in construction and infrastructure with Sena leaders,” said the BJP leader.

She alleged local Sena leaders like Vijay Gawai and Sanjay Mashilkar for being the partners in those businesses. “How can an assistant police inspector form so many companies? Where did he get the resources from? This needs to be checked by the NIA,” Somaiya said.

Defending his partnership in Multibuild Infraprojects Pvt Ltd, Mashilkar said, “It was a legal private limited company and we fulfilled all the norms. It is not a crime to partner with a cop and we even disclosed it,” he said. “We however could not get business and hence wound up the company within one-and-a-half months of its formation”. He has been serving in the Sena unit since 13 years.

Likewise Mashilkar, Sanjay also said, there is nothing wrong in tying up in a business with a cop. “Kirit Somaiya’s is just playing dirty politics and trying to mislead the people. We formed a firm but this company was shut down, it did not work well,” he added.

Sachin Vaze who is well know as shooter was arrested by NIA as a suspect in the death case of an auto parts dealer Mansukh Hiran, whose SUV filled with explosives and a death threat letter was found near Industrialist Mukesh Ambani’s residence on February 25.