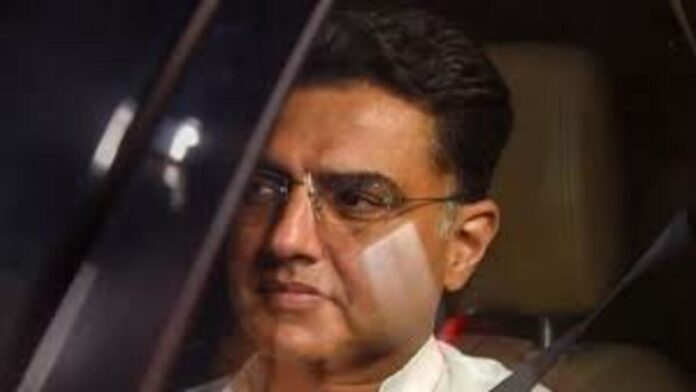 Both leaders met Congress interim chief Sonia Gandhi at her 10, Janpath residence in New Delhi on Thursday, days after the crisis in Rajasthan, where over 80 MLAs loyal to Ashok Gehlot threatened to resign over reports that, if Gehlot ran for party office, he would be replaced by his rival Sachin Pilot as CM.

But when the party said it will be determined in a day or two, the uncertainty surrounding Gehlot’s continued leadership of the state grew.

In response to the situation, Sachin Pilot, who has so far kept quiet, claimed he spoke with Sonia Gandhi about the Rajasthan debacle and reaffirmed his support for the Congress. I won’t give up on the party, and I’ll do everything in my power to help Congress win the 2023 assembly elections.

“We met Sonia Gandhi today, who listened attentively to our opinions. The political problem in Rajasthan was thoroughly examined. I told her the truth about my thoughts and suggestions. To win Rajasthan’s upcoming assembly elections, we would need to put in a lot of effort as a team. Sonia Gandhi would make all choices pertaining to Rajasthan and its politics “said he.

According to accounts, Sachin Pilot received specific guarantees. Even while changes won’t likely occur right away, they will happen before Rajasthan’s elections. According to sources, Sachin Pilot is pleased with the topics covered.

Hours prior to Pilot’s late-night meeting, Ashok Gehlot had apologized to the Congress interim chief for the Rajasthan issue and declared his intention to withdraw from the contest for party president.

“We were horrified by whatever occurred two days ago. It conveyed the idea that everything occurred because I wanted to be the CM. I expressed my regrets to her, “said he.

Sonia Gandhi is anticipated to make a decision on the matter in the coming days, despite the fact that Gehlot accepted “moral responsibility” for the crisis in his own state. As stated by Congressman KC Venugopal, “That [retention of Gehlot as Rajasthan CM] decision will be taken by the Congress president in a day or two,” the choice now rests with Sonia Gandhi.

Soon after, the high leadership issued a warning that leaders who made public comments about private party matters would face harsh disciplinary punishment, along with other party officials. Following the incident, the party said that it is “noticing utterances of Congress leaders in Rajasthan.”

Ashok Gehlot was thought to be the Gandhis’ first option for Congress president before to the crisis in Rajasthan. Shashi Tharoor and senior leader Digvijaya Singh are the two contenders for the top position at this time after Gehlot withdrew from the competition.

Digvijaya Singh met Shashi Tharoor after declaring his intention to run for office. Tomorrow, September 30, both leaders will submit their nomination papers.

“@digvijaya 28 paid me a visit this afternoon. I applaud his bid for the party’s presidency. We both agreed that this is a friendly competition between colleagues rather than a conflict between rivals. All that any of us wants is for @INCIndia to triumph “Following their Thursday meeting, Shashi Tharoor tweeted that the contest between the two senior leaders will be cordial.

However, according to sources, Congress leaders Mukul Wasnik (G-23), Meira Kumar, and others could possibly compete for the top position as the “official candidate” of the high command.

On Thursday, Mukul Wasnik met with Ashok Gehlot and AK Antony. Wasnik was one of the signatories of the explosive letter to Sonia Gandhi in 2020.

Congressman Mani Shankar Aiyar expressed a similar viewpoint in a conversation with India Today. There is a difference between a “leader” and the party president, he claimed, and Gandhis are the “leaders” and always will be.