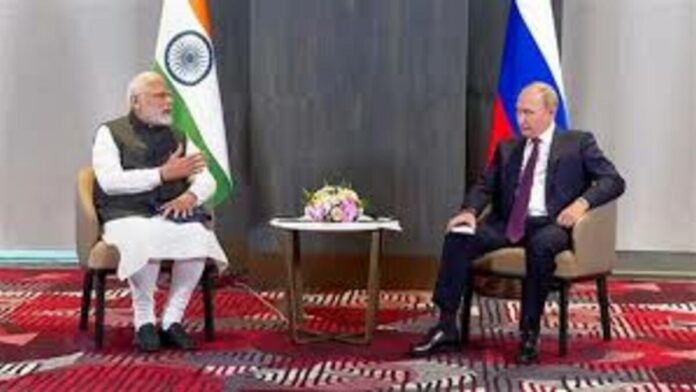 On Friday, Russia declared that if the price cap put forth by the G-7 countries was unfair, it would stop providing oil to the world market.

Denis Alipov, ambassador of Russia to India, stated at a news conference here: “If we believe the pricing to be unfair and unacceptable to us, we will simply stop supplying the oil to global markets and to those nations who join the US proposal on the price cap.”

Denis Alipov responded that the words were in line with India’s views on the matter when asked about Prime Minister Narendra Modi’s request to Russian President Vladimir Putin regarding an end to hostilities in Ukraine.

He claimed, “The West only utilizes those quotes that suit them and ignores other parts.”

A number of international leaders saw PM Modi’s remark that “today’s period is not of war” that he had informed Putin during their meeting in Samarkand as a public reprimand.

He declared that Russia would not adhere to any system that would harm its commercial interests.

The G-7 countries and the European Union have proposed an oil price ceiling on Russian crude and processed goods to limit the Kremlin’s earnings because the sanctions imposed by western countries have had little effect on Russia.

The price cap, according to a statement from the G-7 Finance Ministers earlier this month, was made particularly to cut down on Russian earnings and its capacity to finance the Ukraine War.

According to Mr. Alipov, the price cap will cause a severe shortage of oil on the world market, which will cause a dramatic increase in price.

In order to limit the price of Russian oil, the US has requested India to join a coalition. However, New Delhi has stated that it will “seriously analyze” the request before making a decision.

“India has so far approached this idea cautiously. It won’t be in India’s best interests, “Mr. Alipov acknowledged that if such a step is taken, India would follow its own interests.

Regarding rumors that Pakistan was providing weapons to Ukraine, Mr. Alipov remarked that if true, such transfers would be detrimental to Russia’s relations with Pakistan.

“Such unverified reports have been made up to this point. I’m not familiar with the details. There is no doubt that if this is confirmed, it will have an influence on our relations with Pakistan “Russian representative remarked.