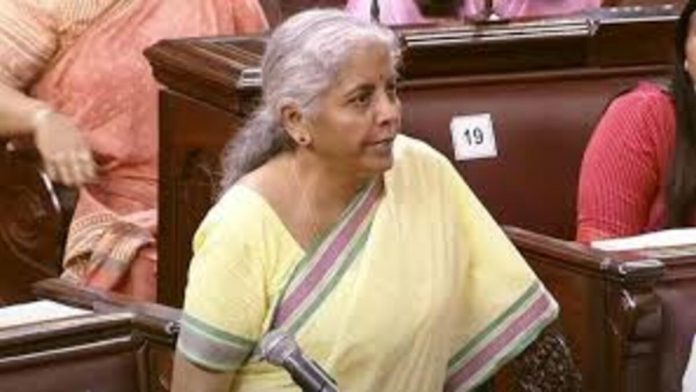 The references to Sonia Gandhi made in the House on July 28 by Finance Minister Nirmala Sitharaman were removed by Rajya Sabha Chairman M Venkaiah Naidu on Monday.

Adhir Ranjan Chowdhury’s “rashtrapatni” statement, which she claimed insulted the President, prompted Ms. Sitharaman to demand an apology from the Congress president.

Immediately following the laying of papers in the House on the morning of July 28, Ms. Sitharaman made the references.

According to a formal directive from the Rajya Sabha Secretariat, “the Chair was happy to direct expunction of a specified portion of the proceedings of Rajya Sabha dated 28-07-2022 at about 11:05 am.”

The expunction comes after Mr. Naidu and opposition leaders met in his chamber.

Sonia Gandhi is a member of the other House, according to Rajya Sabha Leader of the Opposition Mallikarjun Kharge, hence no mention of her in the Rajya Sabha was permitted. The opposition leaders reportedly received the Chairman’s approval.

According to sources in the opposition parties, Mr. Naidu called Congressmen Mr. Kharge and Jairam Ramesh, as well as Minister of Parliamentary Affairs Pralhad Joshi and House Leader Piyush Goyal, to address the crisis that resulted from Sonia Gandhi’s name being mentioned in the Rajya Sabha.

Mr. Kharge demanded that Mrs. Gandhi’s name be removed from the meeting because she is not a member of the Upper House. Mr. Goyal responded by questioning how PM Narendra Modi’s name is used by the opposition on every issue.

According to the sources, Mr. Kharge informed him that Narendra Modi is the country’s Prime Minister and that his name may be proposed in any House of Parliament.

After hearing all sides out, reports claim that Mr. Naidu consented to the opposition’s demand and removed the references to Sonia Gandhi that Ms. Sitharaman had made in the House on Thursday of last week.

Last week, Mr. Kharge demanded in a letter to the Rajya Sabha chairman that Sonia Gandhi’s name and all references to her be removed from the records. He referenced earlier cases to support his claim.