Rohan Sippy, Sudheer Mishra And Content Engineers In Collaboration To Bring Back Sitcom 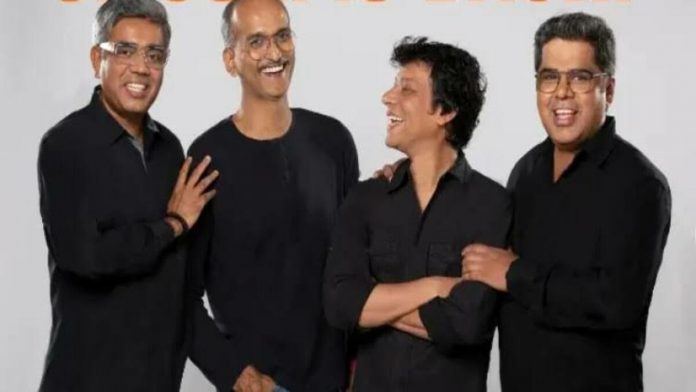 Ramesh Sippy Entertainment (RSE) and Triyambh Entertainment and Media (TEAM) have joined up with Content Engineers, the modern content firm created by Saurabh Varma and Utpaal Acharya, to provide wholesome entertainment. The partnership aims to revive sitcoms as a genre that, despite its history of recurrent viewing, has become increasingly popular abroad over the years but is still in its infancy in India.

Veteran filmmaker Rohan Sippy is looking forward to working with the team and says, “I don’t think sitcoms have been well represented on OTT, especially when it comes to Indian content. The mash-up of various genres makes for entertaining viewing, but occasionally, as a viewer, I want for amusing, lighthearted material that is anchored in our nation and culture and has a broad appeal. An action in that direction is this affiliation.

Pankaj Sudheer Mishra quotes a prominent doctor who said, “If laughter cannot solve your issues, it can undoubtedly dissolve your troubles.” Pankaj Sudheer Mishra has devoted the most of his professional career to comedy and lighthearted entertainment content. “With Content Engineers and Rohan Sippy, our objective is to develop a wholesome, family entertainer that will without a doubt tickle the funny bone of our viewers,” he continues.

“Recent content expansion has created a wealth of possibilities for disruptive material. As content producers, we are experimenting with diverse genres. In addition to the biography we just announced as Content Engineers, we hope to revive the period of sitcoms like Dekh Bhai Dekh and Yeh Jo Hai Zindagi with this relationship. Of course, the material would be contemporary and geared at young people and families. argues content engineers’ chief creative officer and filmmaker Saurabh Varma.

The CEO of Content Engineers, Utpaal Acharya, acknowledges that TEAM and Rohan Sippy are the ideal partners for them. “Rohan has consistently displayed his mettle by producing excellent work in both media” (Feature film and series). We are happy to have a working relationship with him and TEAM. Already under progress, the first production will shortly be unveiled, the man said.

A cutting-edge production company called Content Engineers is working on a number of movies and online series with the goal of introducing the globe to stories from rural India. To provide touching material for the entire family, the studio has signed the top talent from throughout the business. The CE team is led by Saurabh Varma and Utpaal Acharya and is made up of seasoned professionals who have promoted, released, or handled distribution for more over 2000 films in practically all of India’s official languages.

One of the top production companies in Mumbai is Ramesh Sippy Entertainment (RSE). RSE has been in business for about two decades and has produced entertainers including Dum Maaro Dum, Chandni Chowk to China, Taxi No. 9211, Bluffmaster!, and Kuch Naa Kaho, among others, by working with the best talent in the nation. The cop mystery thriller “Aranyak” for Netflix, the comic “Side- Hero” for Eros Now, and the comedy “Wakaalat From Home” for Amazon Prime are just a few of the recent series that RSE has developed for top OTT platforms.

Bharat Kukreti and Pankaj Sudheer Mishra, two seasoned industry professionals who have been instrumental in the comedy sector of the entertainment industry, are the driving forces behind the third partner, TEAM. Together, they are responsible for the creative direction of several well-known and enduring productions, including “The Kapil Sharma Show,” “Ladies Special,” “Sandwiched Forever,” “Nautanki – The Comedy Theatre,” “Comedy Circus,” and many others.