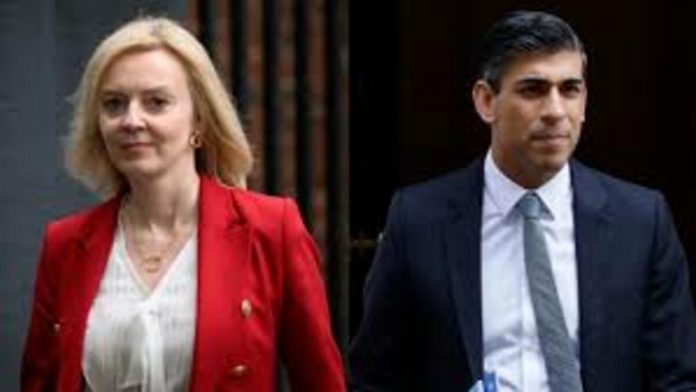 Rishi Sunak has officially become the closest someone of Indian descent has ever been to becoming prime minister of the United Kingdom after receiving 137 votes in the final round of voting today.

The 42-year-old former Chancellor faces a considerably stiffer electorate of the Tory membership base, which has showed favoritism for his competitor Liz Truss in the majority of recent polls, so he is not guaranteed a similarly easy ride.

There is still time for the MPs’ favorite to attempt to duplicate that outcome at the conclusion of postal voting on September 5, though, as another head-to-head televised debate between the final two candidates is set on the BBC for Monday and a series of hustings will be held around the UK.

Sunak has participated in a number of debates and interviews since he announced his candidacy for party leader earlier this month. “This leadership contest is about more than just being the leader of our party, it’s about becoming the custodian of our United Kingdom,” he said in one of the discussions.

Since the beginning of his campaign, when he told the tale of his Indian family’s 1960s emigration from east Africa, he has made an effort to find a balance between the personal and the professional.

“My mother worked very hard to obtain the necessary credentials to become a pharmacist. She married my father, a general practitioner in the NHS, and they made Southampton their home. Although their journey didn’t end there, it is where my tale started, he said, referring to his mother Usha and father Yashvir, a general practitioner.

In response to criticism of his wife Akshata’s family fortune, he recently used his own experience to make an obviously emotional reference to his in-laws, Infosys co-founder Narayana Murthy and Sudha Murty.

He stated: “There is comments regarding the affluence of my wife’s family during a live TV debate. Let me now address it directly because I believe it is important to do so and because I am immensely proud of what my in-laws have accomplished.

“My father-in-law started from nothing; all he had was a dream and a few hundred pounds from my mother-in-savings. law’s With those resources, he went on to found one of the largest, most prestigious, and most successful companies in the world, which, by the way, employs thousands of people here in the UK. It’s a remarkably Conservative narrative, and one that I’m actually very proud of. As prime minister, I want to make sure that we can produce more domestic stories like theirs.

Sunak, a devoted Hindu who attends the Southampton temple where he was born on a daily basis, made history in November 2020 when he lit the first Diwali diya outside his apartment at 11 Downing Street.

His daughters Krishna and Anoushka, who are both deeply immersed in Indian culture, recently told him about how Anoushka and her classmates performed Kuchipudi during the Queen’s Platinum Jubilee festivities at Westminster Abbey last month.

In addition to personal attacks, he has had to defend his record as Chancellor up until his departure, which prompted the resignation of his former employer, interim Prime Minister Boris Johnson. In order to win over a base of Conservative Party supporters who have historically supported low taxes, he has remained steadfast in his focus on inflation rather than any vote-winning tax cut promises.

His self-made credentials, which include graduating from Stanford University as a Fulbright Scholar with an MBA after earning a coveted Philosophy, Politics, and Economics (PPE) degree from Oxford University, are seen as checking all the right boxes for the nation’s highest political office. He attended one of the best schools in the UK, Winchester College, without receiving a scholarship.

His work in the private sector at Goldman Sachs and as a hedge fund manager gives him the appearance of being someone who can be relied upon in the face of challenging economic conditions.

His political career began in 2015 when he won a safe Tory seat in Richmond, Yorkshire, and when his previous employer, Sajid Javid, announced his resignation in February 2020, he was abruptly propelled to the position of Chancellor of the Exchequer.

He disproved the critics who worried that his lack of high-level expertise would give his new employer, Boris Johnson, the upper hand by convincingly leading the economic response to the COVID outbreak.

His job-protection furlough plan and many subsidies for struggling businesses were praised by people on both political parties. Before some of his less popular tax raise measures in the wake of the epidemic and a partygate fine for attending a birthday party for his ex-boss in violation of lockdown rules, he was frequently hailed as Johnson’s heir presumptive as the next Tory leader and Prime Minister.

The former finance minister will be hoping that the natural ease with which he conducted himself in front of the cameras, which helped solidify his lead in the campaign thus far, will translate to the hustings in the coming weeks. The journey there won’t be easy, though, as he attempts to persuade an estimated 160,000 Conservative Party voters to submit their postal votes in his favor.