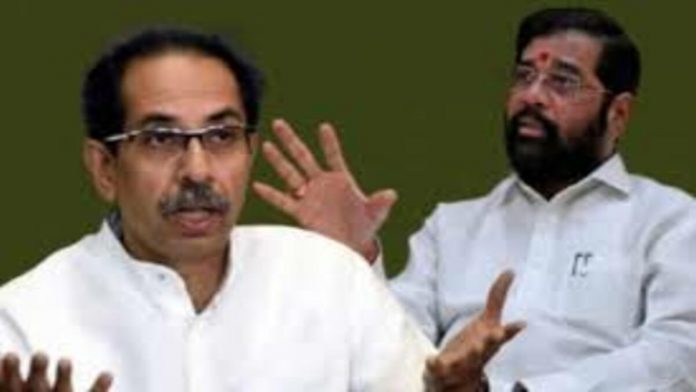 The Shinde party, which overthrew the Maha Vikas Aghadi administration in Maharashtra by camping in Guwahati for days, arrived at Dabolim airport in South Goa on a chartered Spice Jet flight.

The renegade MLAs moved closer to Mumbai ahead of a floor test that was set for Thursday after moving around BJP-ruled states over the previous nine days. But because of Thackeray’s resignation, there was no floor test.

According to sources, the plan may change now that there won’t be a floor test. The MLAs were scheduled to fly to Mumbai on Thursday morning. According to the sources, Shinde will meet with the MLAs to plan the next course of action.

According to sources, Goa Chief Minister Pramod Sawant met the rebel lawmakers late on Wednesday night at the hotel. When Maharashtra’s next government is formed, it is anticipated that the Shinde group will support the BJP.

Around 11.15 p.m., under heavy protection, Shinde and the other dissident MLAs arrived at the Taj Resort and Convention Centre in Dona Paula, where they were supposed to spend the night. At least 80 rooms were reserved for the Shinde camp, according to sources.

Security was increased outside the five-star hotel prior to their arrival. Jaspal Singh, the director general of police in Goa, and other senior police officers Wednesday night evaluated the security measures.

Family tourists mingled about the hotel lobby as armed police officers reportedly kept watch. There was substantial barricading outside.

The Goa Police had also stepped up inspections at Patradevi, the state’s northern state border. Goa and the Maharashtra region of Sindhudurg share a border. Vaibhav Naik, a senior Shiv Sena politician and MLA from Sawantwadi, has remained with Thackeray while Deepak Kesarkar is one of the rebels.

Shailendra Velingkar, the leader of the Parshuram Gomantak Sena and the Goa Shiv Sena, arrived at the hotel some hours before to the arrival of the rebel group. However, the police and hotel security requested him to leave the property of the hotel.

Jitesh Kamat, a leader of the Goa Shiv Sena, had criticised the BJP government in Goa for using the state’s security forces to defend the Shinde-led breakaway faction. At the expense of the taxpaying public, he claimed, the BJP in Goa had shielded “traitors” from Maharashtra.