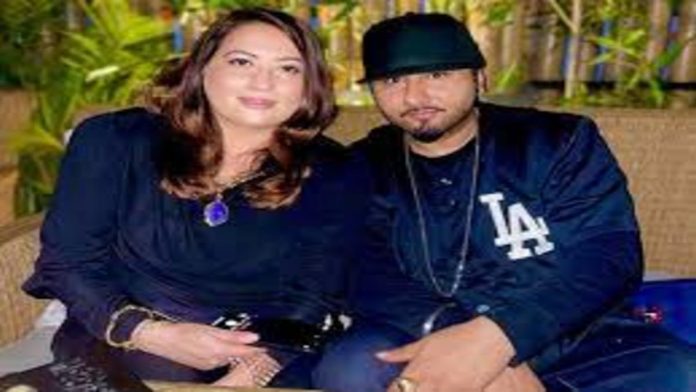 Yo Yo Honey Singh, a Bollywood rapper, has been charged with domestic assault. Shalini Talwar, the musician’s wife, is said to have filed the petition in Delhi’s Tis Hazari Court under the ‘Protection of Women from Domestic Violence Act.’

The singer has been served with a notice from the court, and he has until August 28 to respond. Talwar claims that she has been subjected to multiple incidences of physical, verbal, and mental abuse at the hands of her husband in her application. Honey Singh, she claims, used to get paid in cash, but she was kept in the dark about it. Honey Singh would earn Rs 4 crore a month from songs, concerts, and royalties, according to Talwar, and it was about this time that he became addicted to drink, drugs, and anabolic drugs. He became arrogant and abusive, and he had sex with several women. When Talwar found out about his affair with a Punjabi actress, he promised to break up with her while also promising to remain faithful to her.

Honey Singh had started to experience paranoia, blackouts, and perplexity. She also cited Honey Singh’s refusal to perform on stage during the Slam Tour. Talwar stated in her application that he was having anxiety attacks at the time, and that while he was in his hotel room, she tried to calm him down by telling him to relax for a little before going on stage because it was a professional commitment. Honey, on the other hand, turned around, hit her, and even abused her, she claims.

According to reports, the complaint was filed before Ms Tania Singh Chief Metropolitan Magistrate today, August 3. According to source, “Case filed against Bollywood singer & actor ‘Yo Yo Honey Singh (Hirdesh Singh) by his wife Shalini Talwar under the Protection of Women from Domestic Violence Act. Delhi’s Tis Hazari Court has issued notice to the singer and sought his response over it.”

Yo Yo Honey Singh has yet to issue a statement in response to the claims. “the court has also passed interim orders in favour of Shalini Talwar, restraining Honey Singh from disposing off his jointly owned property etc.” according to source.

Yo Yo Honey Singh married Shalini on January 23, 2011, following a nearly two-decade covert relationship. Honey Singh, according to Talwar, never revealed to the world that he was married.