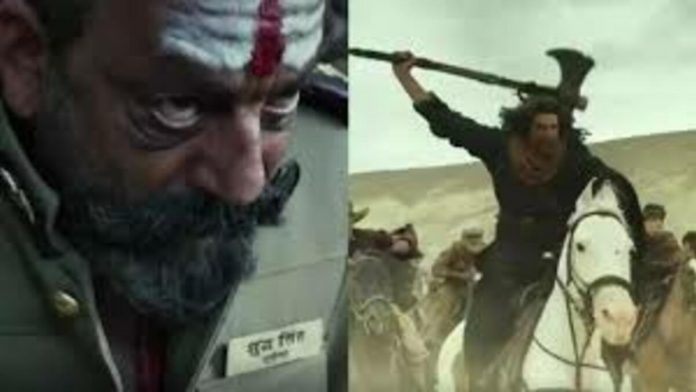 A town that is sluggish under the dictator’s harsh whip. Huge, desolate areas that only serve to reflect the misery of these tormented beings. Weary eyes gaze up at the clear sky with the hope that god will save them. In the dead of night, just as the candle is about to go out, a messiah appears. But this time, it’s Ranbir Kapoor’s Shamshera and not Yash’s Rocky Bhai from KGF.

Ranbir Kapoor’s upcoming film Shamshera has debuted a trailer. The film’s rather ambitious theatrical release is set for July 22. The full trailer will debut on June 24. Now disregard this knowledge and explain to us: How many of you believed you were witnessing Yash’s KGF all over again? Without the delightful darkness and grunge, it’s a toned-down, uncomfortable mellowed version; it’s just a very clean KGF. Why?

No, Shamshera’s and KGF’s stories are not comparable. Rocky from KGF is more swagger than Shamshera from Ranbir. Even when he tries to use the axe in the same manner as Rocky used his hammer. Thor is here, the bore is here. I apologise again.

Sanjay Dutt is present, for sure. Adheera was fierce, though not as much. The protagonist has a complex about being the saviour. Not that we are opposed to it in any way. For KGF and the actor Yash, it was a huge success. Can Ranbir Kapoor, however, make it work? Bollywood, more importantly?

The issue with a formula that works is that knockoffs will start to appear everywhere. Game of Thrones has long dominated Indian media to the point where we have noticed parallels between the two and specific settings created for Karan Johar’s Kalank. Then, everyone is aware of what movies like Sacred Games and Gangs of Wassaypur did. How will a lacklustre, bashful, sanitised version do if South cinema remakes aren’t succeeding in Bollywood, as Shahid Kapoor’s Jersey and Akshay Kumar’s Bachchhan Paandey, both remakes of the 2014 Tamil film Jigarthanda, show?

Bollywood’s problems now come in two forms: It must first endure the tremendous invasion of South cinema, which, to be honest, seems almost impossible. The Samrat Prithviraj fiasco, which cost Rs 230 crore but only generated about Rs 65 crore, must also be survived. Shamshera by Ranbir Kapoor is not the solution.