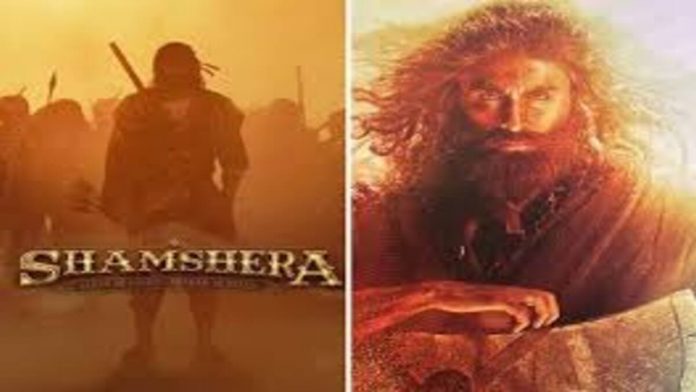 Ranbir Kapoor’s first look from a period film ‘Shamshera’ was leaked after fan activation occasion. The film will see the actor returning back to big screen four years after ‘Sanju’.

The filmmakers were set to launch the film campaign in a week from now as exercises were carefully arranged by Yash Raj Films paving the way for the trailer launch.

But the plans now appear to be run with the principal poster getting leaked on Twitter. Fans went into a furor as Ranbir’s intensely watched look drove the internet wild. Fans have offered go-ahead to Ranbir’s look as Shamshera, calling this to be quite possibly of the most sultry look wore by an actor on screen.

The YRF has also admitted the leak and all fingers point towards a fan activation occasion held with Ranbir. The production house will currently need to rejig all plans because of this turn of events.

A spokesperson from YRF said, “Yes, we have been monitoring this situation since morning. There has been a leak and it’s quite unfortunate. Ranbir is coming back to the big screen after 4 years and we wanted to guard Ranbir’s look till people see the trailer because we were aware that it would be the biggest talking point.”

“We will now need to rejig our entire plan in the run up to the trailer launch. We should have more updates to share in the next two days”, the spokesperson further said.

The film ‘Shamshera’ is set in the made up city of Kaza, where a fighter clan is imprisoned, subjugated and tormented by a merciless dictator general Shudh Singh. This is the story of a man becoming a slave, a slave who turned into a leader and afterward a legend for his clan. He persistently battles for his clan’s opportunity and poise. His name is ‘Shamshera’.

The high power, adrenaline-siphoning performer is set during the 1800s in the heartland of India with Ranbir attempting the protagonist. Sanjay Dutt plays Ranbir’s arch-enemy in the film and his shutdown with Ranbir will be something to keep an eye out for as they will savagely chase each other with no kindness.

The project directed by Karan Malhotra and produced by Aditya Chopra is set to release in Hindi, Tamil and Telugu on July 22.