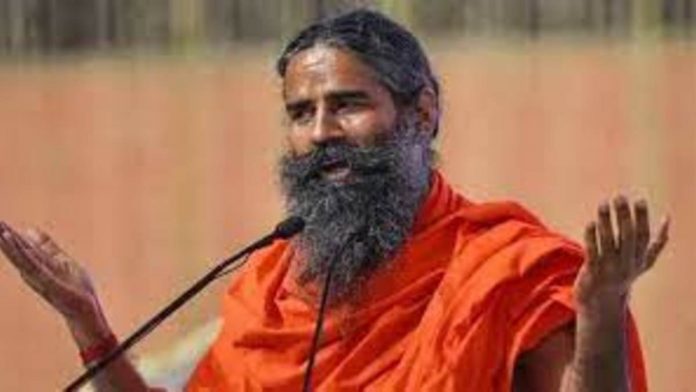 After facing a massive row over his remarks about allopathic treatment Yoga guru Ramdev on Sunday withdrew his remarks which he ostensibly said more people died due to modern treatments rather than the coronavirus itself.

“Received your letter Dr Harsh Vardhan. In that context and to end the whole controversy over the conflict of different treatments with regrets, I am withdrawing my statement,” he said in a tweet hours after Union Health Minister Dr Harsh Vardhan’s letter to take back his remarks.

In his letter in Hindi to Ramdev, Dr Harsh Vardhan wrote, “The people of the country are very hurt with your remark on allopathic medicines. I have already told about this feeling over phone. Doctors and health workers are like gods for the people of the country for whom they are fighting against the coronavirus risking their lives.”

“You have not only insulted Corona warriors, but have hurt the feelings of the people of the country. Your clarification yesterday is not enough to make up for it… I hope you will think hard on it and withdraw your statements completely,” he wrote.

Following his remarks a massive outrage was drawn and a legal notice from Indian Medical Association (IMA) that asked Ramdev for a written apology for his statement. The statement has hurt the reputation of medical practitioners of allopathy and modern medicine when they are struggling to save the lives of people during these hard time of Covid crisis, said IMA.

A video that was shared heavily over the social media heard Ramdev saying, “Lakhs of people have died because of allopathic medicines, far more than those who died because they did not get treatment or oxygen.” He even alleged allopathy of being “stupid and bankrupt” science.

Defending him Patanjali said that video was edited and statement was “taken out of context”. Ramdev had “no ill-will against modern science and good practitioners of modern medicine”, it said.

“It is necessary to mention that the event was a private event and Swami jee (Ramdev) was reading out a forwarded WhatsApp message received by him and various other members who were participating in the event… what is being attributed against him is false and nugatory,” said Patanjali.

Patanjali, based in Uttarakhand’s Haridwar, added Ramdev “believes that allopathy is a progressive science; and a combination of allopathy, Ayurveda and yoga will be beneficial to everyone during such difficult times.”

Apart from Indian Medical Association that represents 3.5 lakh doctors, the Federation of All India Medical Association (FAIMA) too sent a legal notice against the 55 year-old yoga guru for his “baseless and unscrupulous claims made for cheap publicity”.