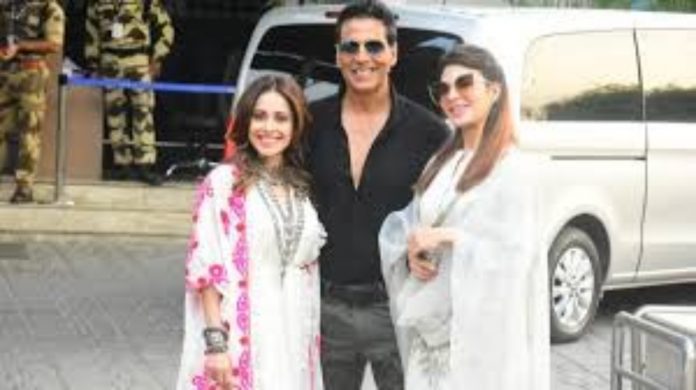 The bustling man Akshay Kumar is on a shooting binge. He has lately finished the shooting of Bell Bottom and Prithviraj. Also, he is right now going for Farhad Samji’s Bachchan Pandey in Rajasthan. Yet, on the whole this, he has additionally traveled to Ayodhya for the mahurat shot of the film Ram Setu. The actor has been joined by actresses Jacqueline Fernandez and Nushrratt Bharucha. The movie will be delivered by Chandraprakash Dwivedi and coordinated by Abhishek Sharma. He has shared an image on his Twitter handle and referenced it as ‘journey begins’

Announcing it on his twitter handle, Akshay tweeted, “A special film, a special start…Team #RamSetu off to Ayodhya for the mahurat shot. And so the journey begins. Need special wishes from all you guys.”

The actor will be playing as an archaeologist in the film, which would be shot in Mumbai. Akshay has recently posted an image on his Instagram account with the movie’s leading women Jacqueline Fernandez and Nushrratt Bharuccha, producer Vikram Malhotra, creative producer Chandraprakash Dwivedi and director Abhishek. the shooting of the movie will take place at different locations but 80% of it will be in Mumbai only.

“The team that preps together excels together! An extremely productive script reading session with the team of #RamSetu this evening. Can’t wait to begin filming this one,” he wrote in the caption of the image.

At the same time, Akshay is also starring in Rohit Shetty’s Sooryavanshi, of which the releasing date has also been announced. Aside from this, Akshay will be seen in Aanand L Rai’s Raksha Bandhan and Atrangi Re.