Raju Srivastav Popularly Known As Gajodhar Bhaiya Passes Away At 58 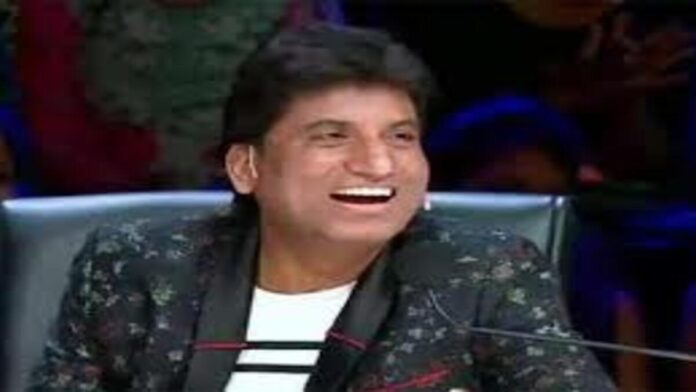 Raju Srivastava passed away on August 10 after having a heart attack while exercising at the gym. After a protracted battle, the comedian passed away today, September 21. The wife, son, and daughter of Raju Srivastava are presently residing at AIIMS. Now, the family will choose between taking him to Mumbai and Kanpur.

After the cardiac arrest, Raju Srivastava sustained significant brain damage and has been comatose and under observation at AIIMS, Delhi, since August 10. Shikha Srivastava, the comedian’s wife, had spoken with Prime Minister Narendra Modi and UP Chief Minister Yogi Adityanath, who both assured her of their complete support during treatment. Raju was using the treadmill for exercise when he suddenly passed out from chest pain. His trainer brought him to AIIMS Delhi, where he received thrice CPR to revive his heart.

In addition to significant brain injury, Raju Srivastava experienced a heart arrest. He was on a ventilator and in a critical state. The Cardiology and Emergency Department experts from AIIMS, under the direction of Dr. Nitish Nyay, were caring for him. Srivastava had a heart collapse at the gym, according to officials at AIIMS, and was taken to the hospital by his trainer. To revive his heart, the comic had CPR twice.

Ashish Srivastava, the brother-in-law of Raju Srivastava, verified the information. He stated: “In the gym, Raju Srivastava suffered a heart attack. He remained in Delhi so that he could meet some of the state’s top officials. He visited a gym in the morning and another gym later that day. He had a heart attack at the same moment. The AIIMS has accepted him. But he is now once again in check. The physicians let the relatives meet his grandfather after waiting about five minutes. They won’t be able to provide the remaining details until they have actually met him.”

Popular comedian Raju Srivastava has been in a number of comedic productions. Srivastava participated in shows including Comedy Circus, The Kapil Sharma Show, Shaktimaan, and The Great Indian Laughter Challenge. The comedian also appeared in several Bollywood movies, including Maine Pyaar Kiya, Tezaab, and Baazigar. As a recent special guest on India’s Laughter Champion, he was visible.