No official statement and no casualties have been reported so far. 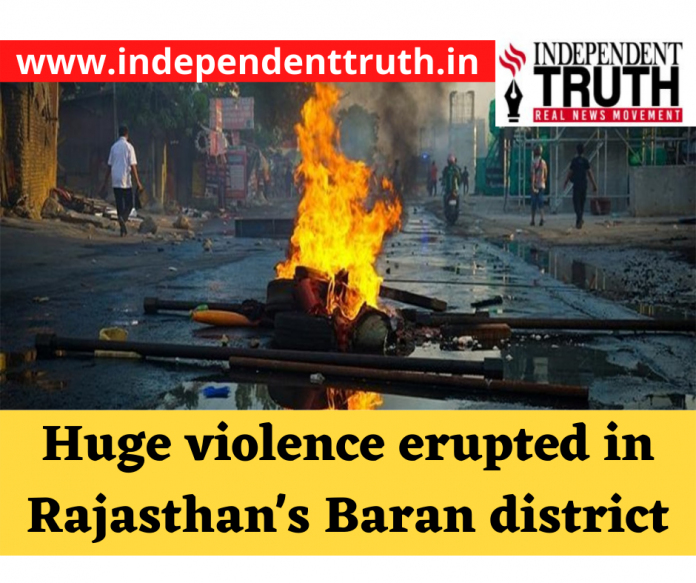 Following the stabbing of two youths in Chhabra town of Rajasthan’s Baran disrict a huge communal violence erupted on Sunday. In the violence dozens of vehicles and shops were vandalized and set ablaze — prompting administration to impose curfew and internet suspension.

Even after the use of tear gas by the police to disperse the crowd, the members of two communities armed with weapons, iron rods and sticks continued violence till late evening. The crowd even set ablaze a fire tender and kept on vandalizing public property and government vehicles.

“The situation is very tense. Violence by the mobs has been continuing and we are trying to control the situation,” said Vineet Bansal, a Superintendents of Police, who was at the violence site on Sunday.

However, no official statement has been released yet and no casualties have been reported.

The violence started after a group of people were marching through markets asking shop owners in Ajaj Nagar and Aliganj to close their shops.

About 10-12 shops from the areas of Ajaj Nagar, Dharnawda Circle, Aliganj and station Road were set ablaze including a fire tender, a private passenger bus and many other vehicles.

A curfew was imposed near the municipal areas of Chhabra after 4 pm on Sunday on the orders of Baran District Collector. And internet services will remain suspended in the district till 4 pm today (April 13).