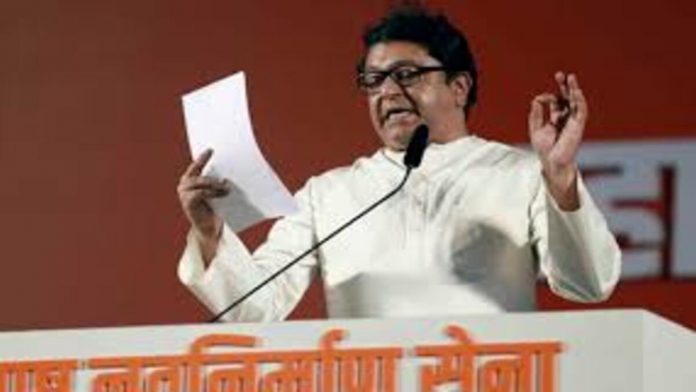 “Sharad Pawar says that we are against the country. Pawar saheb, you are doing hate politics of caste and religion, ” he said.

The Shiv Sena president accused Mr Pawar of dividing Maharashtra by casteism over a book on Chhatrapati Shivaji Maharaj by James Lane.

“Pawar said the British writer wrote false and derogatory things about Shivaji Maharaj based on information provided by Shiv Shahir Babasaheb Purandare, a Brahmin. Later, in an India Today interview, the author clarified that he had not spoken to Purandare,” he said in his address to a massive rally.

During his address on the occasion of Maharashtra Day, Mr Thackeray said that the state politics is going through “a bad phase”.

“Aurangzeb wrote a letter about Chhatrapati Shivaji Maharaj – that Shivaji was a great leader. We forgot this history. This was our Maharashtra. Today, we’re seeing the condition – they’re speaking against Maharashtra, doing politics,” he further said.

Speaking on the controversial loudspeaker row, he warned that all loudspeakers at mosques must be removed by May 4. If not removed, the Hanuman Chalisa would be played with ‘double power’ in front of mosques.

“Eid is on May 3. I don’t want to spoil the festivities. But we will not listen after May 4. We will play Hanuman Chalisa with double power if our demands are not met. If you don’t understand our request, we will deal with it our way. I am not going to keep quiet from May 4. If loudspeakers are not removed by then, let me show you the strength of Maharashtra,” said the Shiv Sena President.