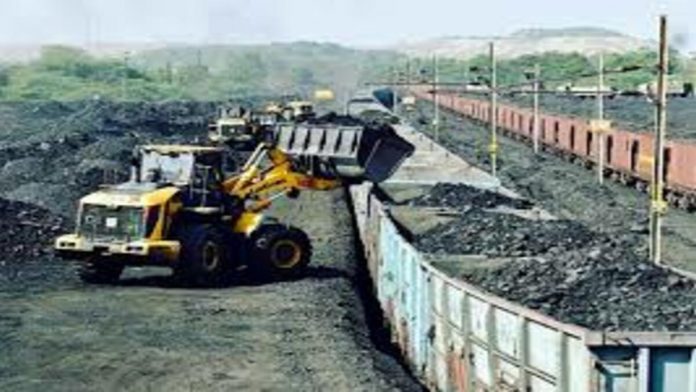 The Railways have decided to cancel 753 trips involving 42 trains in order to prioritise the delivery of coal rakes across the country due to low coal stocks signalling a power crisis.

Passengers travelling from coal-producing states such as Chhattisgarh, Odisha, Madhya Pradesh, and Jharkhand will be affected the most by the cancellations.

On April 28, India experienced a power shortage of 192.1 million units as peak demand hit a new high of 204.6 GW. On Thursday, India’s thermal power plants had an average coal supply of fewer than eight days, compared to a baseline of 24 days.

The shortage has occurred despite the fact that the Coal Ministry has stated that there is enough coal to meet the demand of power plants. Coal accounts for over 75% of India’s power needs, and the railways are the principal coal carrier.

The SECR division, which oversees coal-producing regions, has cancelled 34 trains, according to the Rail Ministry. Eight trains have been cancelled in NR, which comprises places that receive coal for numerous power plants in the north.

Some SECR passenger services, like as the Bilaspur-Bhopal train, which was suspended on March 28, would remain suspended until May 3. According to the ministry, the MEMU between Maharashtra’s Gondia and Odisha’s Jharsuguda will be cancelled from April 24 to May 23, as will the MEMU between Dongargarh and Raipur in Chhattisgarh from April 11 to May 24.

In the midst of the crisis, the Rail Ministry increased the average daily loading of coal rakes to over 400, the highest level in the last five years. The national transporter has also put into service around 500 rakes for coal duty every day, which is 53 more than last year. According to the ministry, 1.62 million tonnes of coal were loaded in 427 rakes on Thursday.

The rising demand for power following the economic recovery post-Covid, as well as the searing heat in many parts of India, have contributed to a serious scarcity of coal at thermal power plants.

At the same time, numerous imported coal-based thermal power facilities have shut down due to high international coal prices and an inability to pass on the higher costs to the states who buy their power.

This has put further demand on thermal facilities that use domestic coal, causing the coal supply chain to become strained.

Officials observed that some states, including Jharkhand, had not received coal as a result of delays in payments to Coal India, the country’s main domestic coal supplier. According to government officials, Coal India Ltd, Singareni Collieries Company, and captive coal blocks now have roughly 63.3 million tonnes of coal stock.

Power demand is likely to climb even more in the next months, peaking at around 215-220 GW. Officials are optimistic that the current crisis would pass in a week as portions of southern India cool.

However, experts have warned that the current coal scarcity at thermal power plants could lead to a worsening power crisis later this year. Thermal power stations typically stockpile coal during these months in anticipation for the monsoon season, when torrential rains wreak havoc on coal output and transportation.