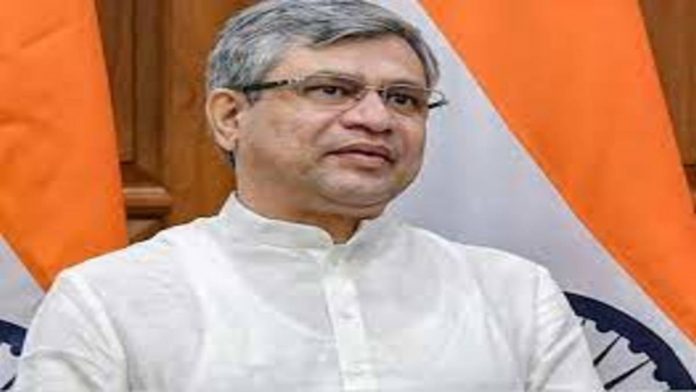 To keep up with him, Railways Minister Ashwini Vaishnaw ordered officials and staffers in his office to work in two shifts. The first shift will begin at 7 a.m., according to an order issued by his office hours after he assumed office on Thursday.

“Hon’ble MR (Minister of Railways) has directed that all the officers and staff of MR Cell will work in two shifts i.e. 7:00 hrs-16:00 hrs and 15:00 hrs -12:00 midnight with immediate effect,” the order said, formalising nine-hour shifts in his office.

Nearly two years after being elected to the Rajya Sabha on a Bharatiya Janata Party ticket, the 50-year-old bureaucrat-turned-politician from Odisha was inducted into Prime Minister Narendra Modi’s Cabinet reshuffle.

Vaishnaw, who is famous for working into the wee hours of the morning, was given the ministries of railways, communications, and electronics and information technology.

“There are lots of synergies in the three and I will be working to ensure that his (PM Modi’s) vision is implemented,” Vaishnaw told reporters as he took charge.

Vaishnaw, a trained engineer, spent more than 15 years as an Indian Administrative Service (IAS) officer after earning a master’s degree from the Indian Institute of Technology (Kanpur). He later proceeded to Wharton University in the United States to get an MBA, and after completing the course, he left government service to pay off his debts promptly.

After working for top corporations, he returned to Gujarat and built up his own automotive component manufacturing plants, even living out of a container at one point “because I wanted that factory to come out in record time,” he told HT in 2019.