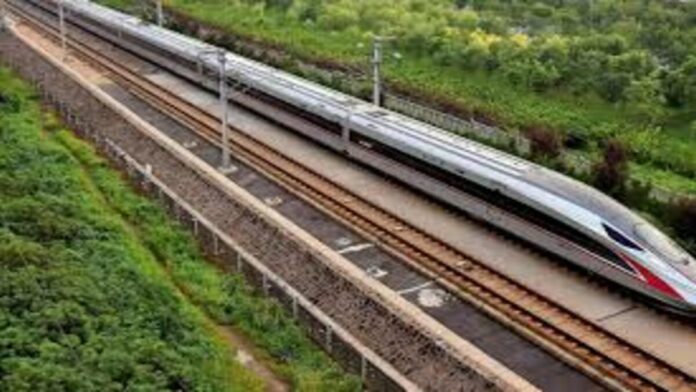 The Railway Board has rejected the project’s feasibility report, citing the route’s numerous curves as unsuitable for a bullet train to travel at 350 kph on the proposed Delhi-Varanasi high-speed rail line.

According to sources, the decision was made at a meeting that Railway Board Secretary R N Singh called last week to assess the bullet train project. The National High-Speed Rail Corporation Limited (NHSRCL) released the feasibility study report.

The route was suggested for construction along National Highway-2 in the feasibility report. According to the report, this will enable the purchase of land at a discount and lower the cost of building.

However, the NH-2 featured numerous curving sections between Delhi and Varanasi, which would make it extremely risky for a train to run at 350 kilometers per hour, according to a source present at the discussion. This technical difficulty ultimately led to the proposal’s outright rejection.

The source stated, “The track of the high-speed corridor should be straight to run a bullet train at a speed of 350 kmph.” The Railway Board is cautious, especially in light of the delays and obstacles in the ongoing bullet train project between Mumbai and Ahmedabad, despite NHSRCL’s eagerness to start work on the project.

The anticipated cost of the Mumbai-Ahmedabad project is expected to surpass Rs 1.50 lakh crore as a result of the delays, according to reports. According to officials, the high-speed corridor is being built for about Rs 200 crore per kilometer.

The Railway Board has recommended that for the time being the main focus be on operating only Vade Bharat semi-high speed trains at a speed of 160-200 kmph. According to officials, 400 of these trains will be accessible over the following three years and can be employed on various routes.