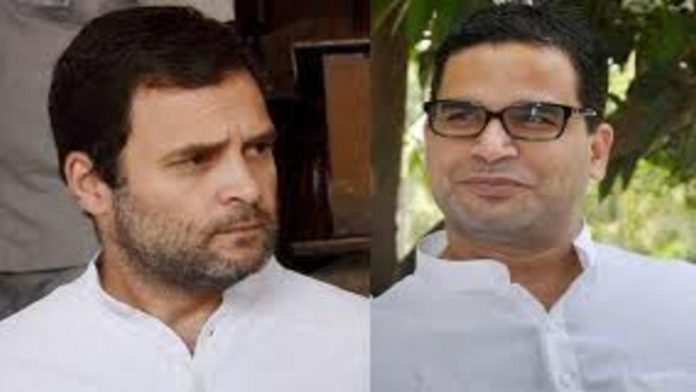 According to reports, former Congress president Rahul Gandhi recently discussed the benefits and drawbacks of poll strategist Prashant Kishor entering the party with senior party leaders. Senior Congress leaders A K Antony, Mallikarjun Kharge, Kamal Nath, Ambika Soni, Harish Rawat, K C Venugopal, and others were among those who reached Gandhi’s residence on July 22, according to the report.

According to insiders, the major goal of Gandhi’s meeting was to explore the benefits and drawbacks of having the poll strategist join the party, as well as what job he should be assigned if he does. The majority of the leaders in attendance agreed that Kishor joining the Congress would be helpful to the party.

Kishor had already met Gandhi on July 13th. Priyanka Gandhi Vadra, the Congress general secretary, was also present during the meeting. Since then, rumours have circulated that the poll strategist will run for Congress. There has been no formal remark from either the party or Kishor on the matter.

Kishor announced his retirement as an election strategist after the West Bengal Assembly elections earlier this year. He had joined the Nitish Kumar-led Janata Dal (United) a few years ago, but left the party shortly after.