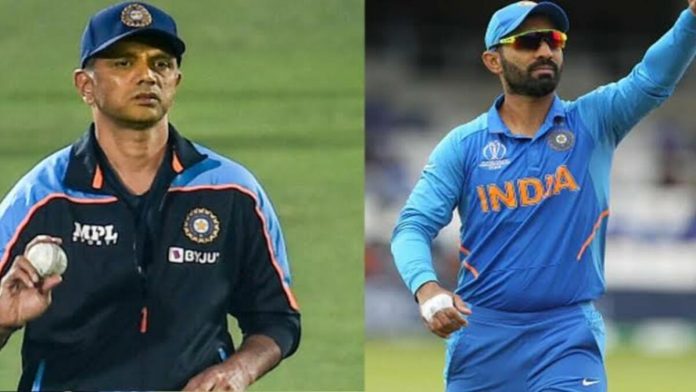 Dinesh Karthik’s big smile was a staple in India’s training session at the Arun Jaitley Stadium in New Delhi ahead of the first T20I against South Africa. Karthik had set a goal of returning to the Indian team for the IPL 2022 season, and he had achieved his goal even before his side, Royal Challengers Bangalore, had finished their campaign. After a nearly three-year absence, the veteran wicketkeeper-batsman returned to the Indian team. And, if India’s head coach Rahul Dravid is to be believed, Karthik could well be the series’ finisher on June 9.

Karthik was chosen for the Indian team based on his performance as a finisher for RCB, according to Dravid. “It’s quite evident, Dinesh… He has clearly made a comeback based on the talents he has demonstrated in a specific phase of the game. Dinesh has been able to demonstrate tremendous stability in that backend for the past 2-3 years. He has the ability to make a difference in each team he has played for, which is why he has been selected “In his pre-match press conference on Tuesday, Dravid stated.

Karthik has 330 runs in 16 matches for RCB this season, with a strike rate of 183. In the last five overs of the innings, he was at his most lethal. The majority of his 22 sixes came in the closing overs of the competition, and Dravid is hoping that the 92 ODI and 32 T20I veteran can repeat that feat for India.

“He’s been selected to bat in that position to see whether he can recreate those performances for India,” Dravid continued.

Karthik spent approximately 15 minutes on Monday, during India’s first practise session ahead of the South Africa series, perfecting the ramp shot, the flick, and the scoop against India’s throwdown experts. He even requested them to alter their lengths so that he would have trouble lining them up.

Karthik’s net session success rate was around 50%, but he appeared to be pleased with his efforts. Why should he not be? For a long time, Karthik was the only Indian batter who dared to try unconventional shots. Before taking guard, the right-hander was spotted joking around with left-arm spinner Axar Patel, indicating that he was in good spirits.

Olympic gold medalist Neeraj Chopra stated on Sunday that while winning medals is fine, humility and respect for others are more crucial.When he won...
Read more
SPORTS