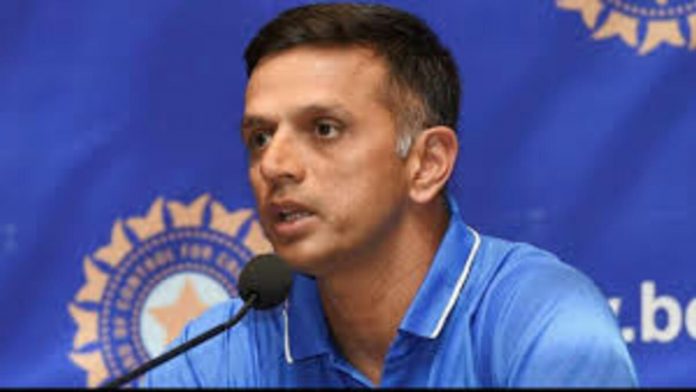 “According to reports in the media, I will attend a meeting in Himachal Pradesh from May 12 to 15. I’d like to point out that the above-mentioned story is untrue “Mr. Dravid stated to news agency.

“The BJP Yuva Morcha’s National Working Committee will meet in Dharamshala from May 12 to 15. The BJP’s national leadership and the Himachal Pradesh government will be involved. The gathering would be attended by BJP National President JP Nadda, National Organization Minister and Union Minister “Mr. Nehria had stated previously.

Mr Nehria remarked that Mr Dravid’s presence will inspire young people to excel in other disciplines.

“Rahul Dravid, an Indian cricketer, will also take part. Because of his accomplishment, the message to the kids will be that we can advance not only in politics but also in other fields “He asserted something in the report that the coach contradicted.

This comes ahead of the Himachal Pradesh Assembly elections this year.

The BJP gained 44 seats in the 2017 Assembly Elections, considerably above the halfway mark of 35, while the incumbent Congress received 21 seats and others three seats out of a total of 68 Assembly seats.