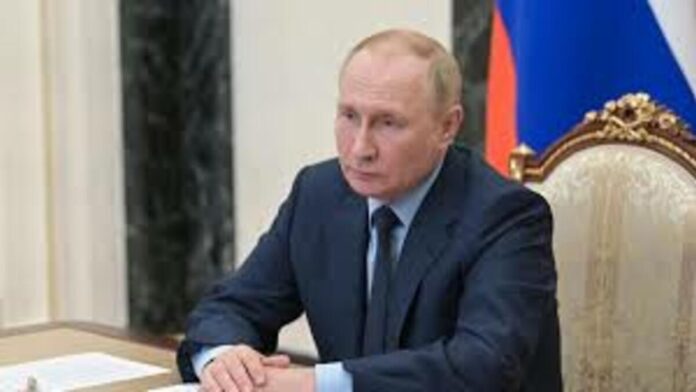 On Friday, Russian President Vladimir Putin warned that any direct contact or direct clash between Russian and NATO troops would result in a “world catastrophe.” Putin made his comments during a speech in Moscow.

Putin made these remarks while addressing a news conference in Astana, the capital of Kazakhstan “In any event, bringing (NATO) soldiers into direct contact or conflict with the Russian military is an extremely risky decision that has the potential to cause a catastrophe on a global scale. I really hope that the people who are saying this have the common sense to realize that they shouldn’t do something like that.”

According to a statement that was issued by the White House on Tuesday, the Group of Seven (G7) nations issued a warning stating that the use of nuclear weapons against Ukraine will have catastrophic consequences.

The heads of state from the seven countries that make up the Group of Seven (G7) have issued the following statement: “We strongly condemn the Russian government’s deliberate escalation of the situation, which includes the irresponsible use of nuclear rhetoric and the partial mobilization of military reservists. These actions put the global peace and security at risk. We wish to underline our position that any use of chemical, biological, or nuclear weapons on the part of Russia would result in serious repercussions.”

Earlier in the day, Vice President Joe Biden of the United States delivered a speech on Thursday in which he warned of a nuclear “Armageddon” as a warning against the escalation of Russia’s war in Ukraine.

At the New York home of James Murdoch, the son of media mogul Rupert Murdoch, Vice President Joe Biden delivered a speech in which he warned of a “attack” on American institutions and discussed the possibility that Russian President Vladimir Putin could use nuclear weapons.

According to what Vice President Joe Biden remarked in New York City, “We have not faced the danger of Armageddon since Kennedy and the Cuban missile crisis.”

During a fundraising event for the Democratic Senatorial Campaign Committee, Vice President Joe Biden stated that Vladimir Putin “is not joking when he talks about the deployment of tactical nuclear weapons or biological or chemical weapons.” The reason for this is that, as stated by Biden, “his military is… you might say… severely underperforming.”

“I’m attempting to find out, what is Putin’s off-ramp?” / “What is Putin’s exit ramp?” Biden stated. “How does he get out of this predicament? Where exactly has he managed to put himself in a position where he will not just lose face but also a substantial amount of authority within Russia?”

Biden reportedly told those in attendance at the event, “I don’t think there is any such thing as the ability to easily use a tactical nuclear weapon and not end up with Armageddon,” according to a report from the event’s pool.

Amidst Putin’s announcement of the acquisition of Ukrainian territory, some of which Russia does not control, and the call-up of 300,000 reservists to strengthen his flagging invasion, the Russian leader has revived his threats to use nuclear weapons.