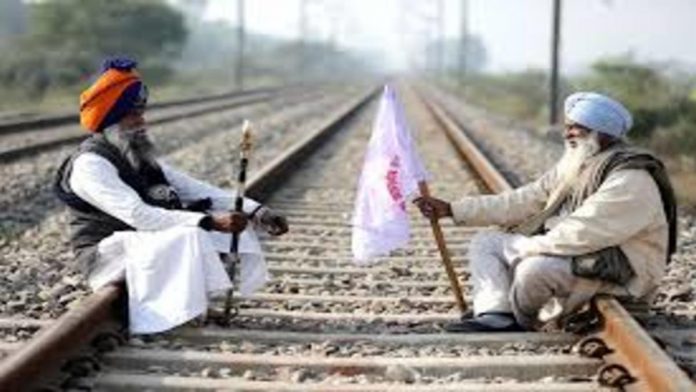 The ‘rail roko’ demonstration by Punjab farmers have entered it’s third day today demanding farm loan waiver and compensation to the kin of those who died during the anti-farm laws protests at the borders. This has affected the train movements at a big level.

The farmers blocked the railway tracks on Tuesday, which has affected the movement of almost 156 trains.

Farmers under the Kisan Mazdoor Sangharsh Committee started their demonstration on Monday, requesting a total loan waiver, compensation to the family members of those who died during the long anti-farm laws protests and cancellation of the criminal cases filed against them.

They are additionally requesting a compensation of ₹ 50,000 for each section of land for harmed crops, the arrival of the forthcoming levy for the sugarcane crop and the nullification of the agreement framework.

Satnam Singh Pannu, a farmer leader, said they won’t lift the “dharna” till the demands are fulfilled.

“During a meeting on September 28, we were given an assurance by Chief Minister Charanjit Singh Channi, but the state government later backed out. Besides the four places where farmers are sitting on a dharna, we will start the protest at three more sites in Punjab from Wednesday,” said Pannu.