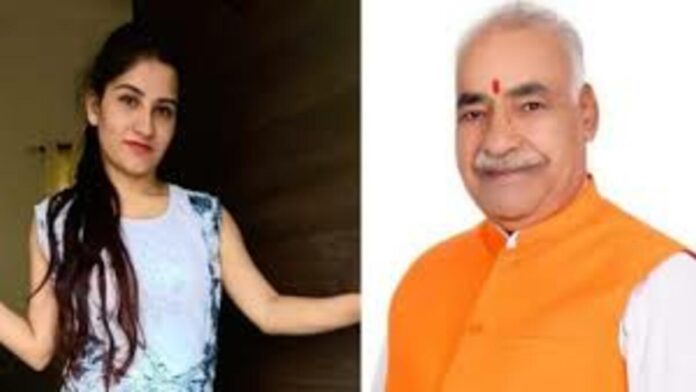 He stated the following to reporters: “For a very long period, Pulkit had been living apart from them. In order to ensure a fair probe, I have left the BJP. Ankit, my son, has also quit his job.”

A day after Vinod Arya’s second son was detained in connection with the murder of Ankita Bhandari at a resort in Pauri, Uttarakhand, the BJP removed the leader and his son from the party on Saturday. The government also removed the accused’s brother from his position as vice president of the state OBC commission.

Vinod Arya, a former BJP leader, said that his son is innocent “As a seedha sadha balak, my son is just focused on his work. Both my son Pulkit and the deceased daughter deserve justice.”

Vinod Arya continued by saying that his son would never partake in such behaviours. He also refuted claims that Pulkit had a lawsuit brought against him in 2016 for forgery and dishonesty. Before Pulkit’s arrest, the former BJP leader refuted each and every accusation made against his son.

It is noteworthy that Pulkit was charged with cheating and forgery in Haridwar in 2016 under sections 420 and 468 of the IPC.

Pulkit Arya, the resort’s owner, was detained on Friday along with resort managers Saurabh Bhaskar and Ankit Gupta. Ankita was a receptionist at the same resort. The victim said that the accused was pressuring her to offer a “special service” to the resort’s customers via WhatsApp conversations with one of her close friends.

Source: Pulkit was involved in controversy even though the country was under pandemic lockdown. Together with Amarmani Tripathi, a contentious politician from Uttar Pradesh, he arrived at the restricted region in Uttarkashi. Tripathi had served 14 years in prison after being charged with murdering a lady.

When asked if his son had harassed the victim sexually, Vinod Arya refuted the claims and said they were all untrue.

Pushkar Singh Dhami, the chief minister of Uttarakhand, launched a SIT investigation into the incident after Ankita Bhandari’s suspected murder provoked demonstrations and promised “harshest punishment” for those responsible.

The SIT team, who is currently looking into the issue, will now look into the teen’s WhatsApp conversations. The receptionist’s body was found by police early on Saturday morning in the Cheela canal, where the accused is accused of having thrown her.