Proper Education And Awareness Among Women Will Help In Population Control Not Any Law: Nitish Kumar 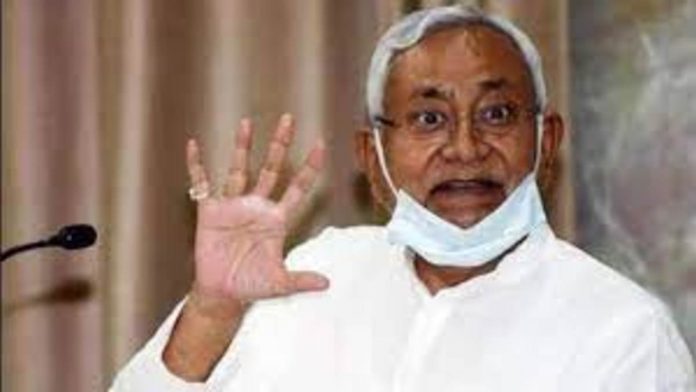 Nitish Kumar, the chief minister of Bihar, has stated that appropriate education and awareness among women are essential for controlling the population expansion, and that simply passing a law will not suffice.

The BJP’s Bihar ally’s declaration comes as Uttar Pradesh strives to “control” population growth with a draft bill that provides incentives and disincentives for promoting the two-child rule in the state.

According to the Times of India, Kumar told reporters that he was unconcerned about what other states were doing in this area. The chief minister went on to say that his opinions were based on data gathered from numerous polls and research, and that he was confident that the country’s birth rate will begin to decline by 2040.

Bihar’s birth rate used to be 4%, but it has now dropped to 1.6%, lower than the national average, according to Kumar. While a legislation may be beneficial, he believes that education and awareness are the most important aspects of population management.

Yogi Adityanath, the chief minister of Uttar Pradesh, said that, in addition to raising awareness and improving health care, all essential steps should be made to stabilise the population. He stated that in drafting the new population policy, efforts should be made to ensure demographic balance in all localities, as well as easy access to the best health care, and to reduce mother and infant mortality to as low as possible through good nutrition.

The new policy’s goals should be based on the United Nations’ Sustainable Development Goals. Targets have been set on many metrics in two phases for the years 2026 and 2030.

Apart from Uttar Pradesh, the Assam administration may introduce new two-child laws during the state assembly’s budget session next month in order to impose it more broadly. According to official sources, the rule might make only individuals with up to two children eligible for government jobs and welfare programmes.

Iqbal Mehmood, a Samajwadi Party MLA from Sambhal, has called the bill a conspiracy against Muslims. “It is actually an attack on Muslims in the garb of population control,” Mehmood told PTI. The rule also has an impact on remarriage for widowed or separated women, as discouraging previously married women from having children can have a negative impact on their socioeconomic situation and their opportunity to remarry.