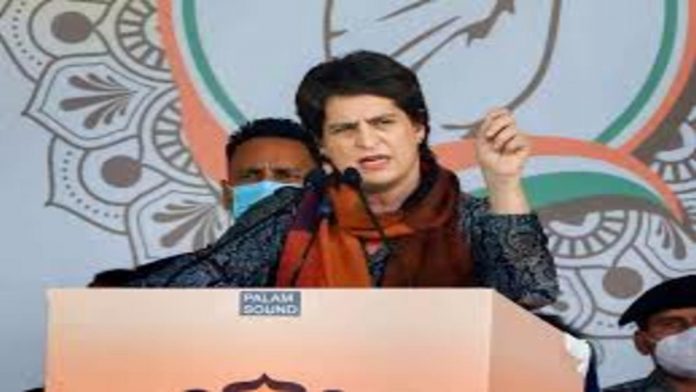 After carrying out successful rallies in Uttar Pradesh’s Varanasi and Gorakhpur, Congress General Secretary Priyanka Gandhi Vadra is set to address a women’s rally in Firozabad on Wednesday, which is a stronghold of Samajwadi Party in a bid to take on it.

Taking a dig out at the Samajwadi Party on BJP carrying out ‘Vishwas Yatra’, party president JP Nadda on Tuesday said l, “No other political party can take out the Jan Vishvas Yatra. None of the political parties have the guts to take out such a rally.” “Which yatra will the Samajwadi Party take out? Vishvas (or trust) Yatra or Mafia Yatra? Will it take out the yatra to remind the riot? Or will it take out the ‘baraat’ (wedding procession) of ‘bahubalis’ (musclemen)?” he questioned. The president even said that the BJP has provided good governance while the opposition has provided mis-governance.
Union Minister Anurag Thakur also claimed that BJP will definitely win the UP elections with a majority of over 300 seats on the card of positive public mood set by taking action against the “gundaraj” and public welfare schemes under the government of CM Yogi Adityanath.