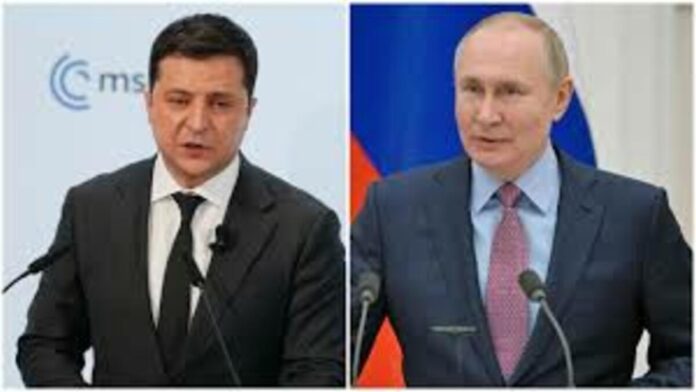 Russia began the process of absorbing portions of the war-torn country more than seven months after declaring war on its neighbor Ukraine. President Vladimir Putin on Friday signed treaties annexing the seized territories of Ukraine, which was not entirely unexpected.

With his most recent action, Putin declared Russian sovereignty over 15% of Ukraine, a position that has been categorically rejected by Western nations. Russia has previously claimed and conquered territory that did not belong to it. 2014 saw Crimea suffer the same fate.

Zelenskyy’s request for assistance from NATO, however, has grown stale because Russia hasn’t been deterred by these actions.

Vladimir Putin formally recognized four war-torn areas of Ukraine—Kherson, Zaporizhzhia, Luhansk, and Donetsk—on Friday by signing “accession treaties.” Putin yelled out loudly during the ceremony in Moscow that they will “protect their territory.”

“By all means, we will defend our country. This is the Russian people’s emancipation mission “In what looks to be the most recent barely veiled allusion to nuclear weapons, Vladimir Putin remarked.

Notably, Vladimir Putin said that the military operation he had ordered would “demilitarize” Ukraine and that it was in reaction to threats from Ukraine when Kyiv had declared war on Moscow.

Volodymyr Zelenskyy, the president of Ukraine, declared that his nation is submitting a “expedited” application to join the NATO military alliance soon after Vladimir Putin signed annexation treaties.

“We are taking our decisive move by signing Ukraine’s application for rapid membership in Nato,” declared Volodymyr Zelenskyy.

The NATO application by the Ukrainian president adds still another level of complication to the seven-month conflict, which erupted suddenly when Putin announced his intention to invade areas of Ukraine.

Zelenskyy reiterated his commitment to recover all Ukrainian territory that is currently under Russian control, which he claimed “feels our force.” The Ukrainian government is prepared for talks with Moscow, but “with another president of Russia,” he added.

One of Russia’s claimed justifications for invading its pro-Western neighbor in February was Ukraine’s participation in NATO. Russia has made it clear time and time again that it opposes Ukraine’s enlistment in NATO, the transatlantic organization founded at the outset of the Cold War to defend Europe from the Soviet Union.

Zelenskyy demonstrated willingness to forgo seeking NATO membership one month into the conflict with Russia in exchange for a cease-fire, the departure of Russian forces, and a guarantee of Ukraine’s security. However, numerous rounds of negotiations for peace ended in failure.

Every democracy in Europe has the right to apply for membership in NATO, and we respect that right, according to Jens Stoltenberg, who is now serving as the 13th secretary general of the alliance. The door of NATO is still open, as we have repeatedly shown over the past few years.”

Added Stoltenberg: “At the NATO summit in Madrid, NATO allies made it quite clear that they supported Ukraine’s freedom to determine its own course and the kinds of security arrangements to which it wished to accede.

All 30 allies must vote to approve membership, and we reach consensus on these decisions. Our current priority is to offer quick assistance to Ukraine so that it can defend itself against the barbaric Russian assault.

The US imposed more sanctions against Russia on Friday after the Kremlin formally annexed four Ukrainian areas, on top of the penalties already placed against it during a full-scale invasion of Ukraine.

Wide-ranging sanctions were placed on Russia by the United States, which were directed at hundreds of individuals and organizations, including lawmakers and members of Russia’s military-industrial complex.

Russia’s land grab has been denounced by the European Union. The EU rejected and denounced “the illegitimate annexation” of the four regions—Donetsk, Luhansk, Kherson, and Zaporizhzhia—in a unified statement.

The 27 countries that make up the EU declared that they would never recognize the illegitimate votes that Russia orchestrated “as a pretext for this further violation of Ukraine’s independence, sovereignty, and territorial integrity.”

In response to what it called the “illegal takeover” of four areas of Ukraine following “fake referendums,” the UK has now imposed new export restrictions on products and services to Russia.

The targeted services include IT consulting, architectural, engineering, and transactional legal advising services for certain commercial activities. These services are all part of the Russian economy’s most vulnerable sectors.