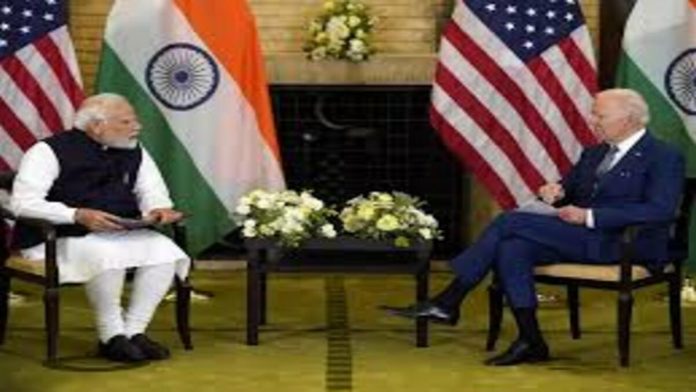 During a closed-door session of the Quad summit in Tokyo on Tuesday, US President Joe Biden contrasted “India’s achievement with China’s failure” in dealing with the COVID-19 pandemic, praising Prime Minister Narendra Modi.

Mr Biden congratulated PM Modi for addressing the Covid outbreak “effectively, democratically,” according to an anonymous senior official quoted by the two outlets.

He reportedly compared India’s achievement to China’s failure to contain the pandemic, despite the fact that both countries are of comparable size.

The official was quoted as saying that PM Modi’s success has shown the world that democracies can deliver and debunked the “myth that autocracies like China and Russia can handle the rapidly changing world better because their leadership can take and implement decisions without going through lengthy democratic processes.”

According to the official, President Biden’s statements appeared to be spontaneous, since he made a particular intervention before delivering his planned remarks.

PM Modi met with Vice President Biden on Tuesday in Tokyo, just after the Quad Leaders’ Summit, which brought together the leaders of Australia, India, Japan, and the United States.

“There was a clear recognition that the nations in Quad have been able to fight covid in their separate methods, best to their capacity,” Foreign Secretary Vinay Mohan Kwatra told NDTV at a news briefing in the evening.

“However, there was a broad admiration of India’s ability to create a holistic response, in which India has been able to handle the response including vaccination, operating at the forefront,” he said.

With more than 4.3 crore infections, India has reported 5.24 lakh COVID-19 deaths, the third highest number after the United States and Brazil. In this country of 135 million people, actual infections are thought to be substantially higher.

The government of Prime Minister Narendra Modi has dismissed the WHO’s claim that 47 lakh people died in India as a result of the pandemic until last year, when hospitals ran out of oxygen and beds due to a record wave caused by the Delta variety.

The opposition slammed the government for imposing an emergency lockdown in 2020 that left millions of people without food, shelter, or income, sparking a major exodus from cities as jobless migrant workers walked hundreds of kilometres home, many dying along the way.